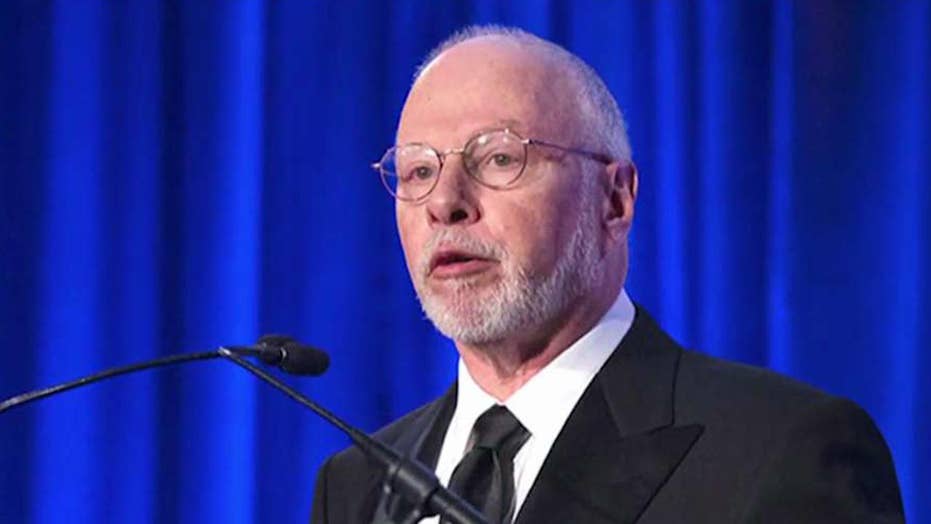 “I hope Paul Singer is proud of what he did,” Tim O’Connell, a local lumberyard owner, told Tucker Carlson Tonight. “I don’t know how he sleeps at night.”

O’Connell and many other residents are still suffering from the loss of sporting goods retailer Cabela’s, which kept its headquarters in Sidney until it merged with Bass Pro Shops in 2017.

The sale of Cabela's to Bass Pro Shops was announced in 2016, a year after Singer’s Elliott Management disclosed an 11 percent stake, and said Cabela’s should explore a possible sale. Cabala’s was profitable at the time, but in mid-November 2015, Elliott Management “stated that they believed the Company should be sold through a public auction process” and that if they didn’t engage in the sales process, the hedge fund "was prepared to take further steps with respect to the Company,” according to securities filings.

After the sale announcement, the stock price surged and Singer’s hedge fund cashed out within a week. Elliott Management reportedly made at least $90 million.

“They got in there to get the business sold and the business was sold, so they took it and ran,” Damien Park, managing partner at consulting firm Hedge Fund Solutions, told the Omaha World-Herald in October 2016.  “They made a fortune, so they’re happy.”

The residents of Sidney, however, were left without the town’s major employer.

One former employee, speaking on condition of anonymity due to fear of retribution, said, “I cried the second I got the phone call. I couldn't help it. I bawled.”

Galloway noted that “Cabela’s was the keystone employer in town. Everything, not everything, but most things revolved around that.”

Securities filings reveal that Cabela’s co-founder and chairman Jim Cabela initially opposed a sale of the company without an assurance that the Sidney headquarters would stay open.

O’Connell, the lumberyard owner, told us that Singer “ruined Sidney.”

“Like I said, it was a good American town, a good solid USA town and [he] just destroyed it.”

Before the merger, O'Connell's lumberyard did great business. But over the past two years, just one new home has been built in Sidney, he said.

City official Melissa Norgard told Tucker Carlson Tonight, “We were going to build a new housing subdivision to meet housing needs ... instead, we are working our tails off to try to figure out a way to survive.”

Local residents told Tucker Carlson Tonight that it’s hard for them to leave the town as housing values have collapsed.

Despite all of this, Sen. Ben Sasse, R-Neb., has never commented on what happened to Sidney. Tucker Carlson Tonight reached out to his office to see if the senator has ever remarked on the Cabela’s merger and received no response. No comments are available online.

Sasse, like many other Republicans, is a recipient of Singer’s cash. The hedge fund owner gave the maximum donation to Sasse’s 2014 campaign.

In 2016, Singer was the second biggest donor to Republicans.

Elliott Management declined to comment on the record when reached by Tucker Carlson Tonight.