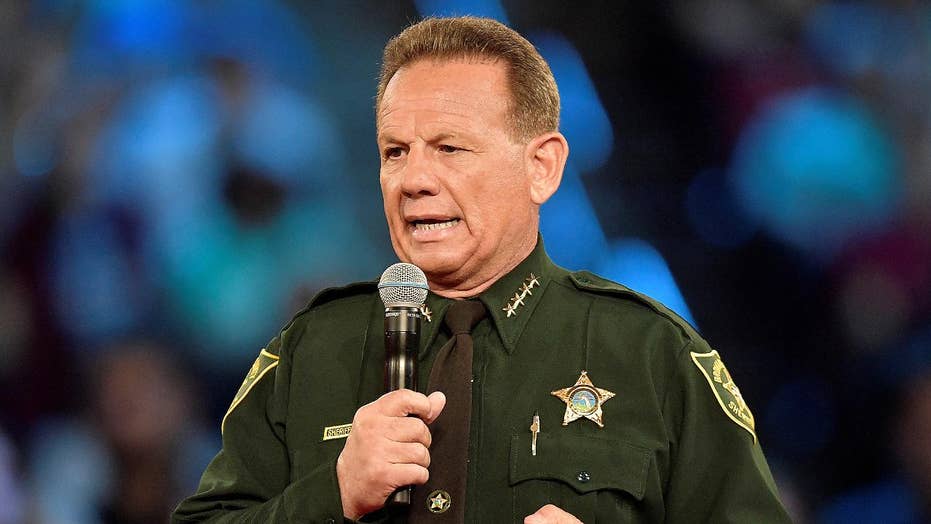 Some parents of the victims of the deadly shooting at Marjory Stoneman Douglas High School have called for a renewed investigation into Broward County Sheriff’s Officer Scot Peterson, who handled an assault case that involved Sheriff Scott Israel’s son.

Peterson was the school resource officer on duty at the Parkland, Fla., school when confessed gunman Nikolas Cruz opened fire – killing 17 people on Valentine’s Day. Peterson came under scrutiny after surveillance footage showed him standing outside the school during the massacre. Peterson was suspended without pay pending an internal investigation. Peterson chose to resign and retire. He now receives a monthly state pension of $8,702.35.

"I think Peterson is the lowest form of life available," said Fred Guttenberg, whose daughter Jaime was killed in the shooting, told Local 10 News. "My daughter would be alive if not for him."

On top of the parents’ frustration with Peterson, a report has surfaced regarding an assault case that involved Israel’s son Brett. Four years ago, Brett, who was then 17, and another 17-year-old student allegedly assaulted and bullied a 14-year-old freshman.

One of the older teens allegedly held the 14-year-old boy “by his ankles while the other kicked the victim, grabbed his genitals and then took the victim’s own baseball bat and began shoving it against his buttocks, simulating rape, through the boy’s clothes,” Local 10 News reported.

Alex Arreaza, an attorney who was representing Anthony Borges, one of the victims of the school shooting who was injured in the massacre, told Local 10 News the case “could have led to felony charges.”

"He could be charged with a lewd and lascivious, and I'm being conservative," Arreaza said.

Peterson wrote in the report that the incident was a “simple battery” and disciplined the attackers with a three-day suspension. He also wrote the parents were “notified of the discipline and did not request additional law enforcement action.”

"What is that? Is that like an alternative universe law?" Arreaza said. "What happens? Because you're in the school you don't have to obey regular laws?"

"You will never see somebody grabbing somebody's crotch and poking some kid in the butt with a bat and getting a simple battery for it," Arreaza said when asked if he believed Israel’s son received special treatment.

"Scot Peterson failed to do his job again," Guttenberg said of the report. "It's just another example of a bad crime and somebody not being held accountable. It's kind of interesting the intersection of the same people."

Andrew Pollack, whose daughter Meadow was killed in the massacre, said he believed Peterson’s handling of the case helped him receive job security as a resource officer at the school.

"[Peterson] was lazy and this could have given him protection to keep his job at the school during those four years," Pollack said.

The mother of the boy who was allegedly assaulted four years ago told Local 10 News she wanted to put the incident behind them and move on. She said they have made peace with Israel and his son.

"I don't care if it was four days ago or four years ago," Guttenberg said. "If people didn't do their job and they failed in their responsibilities, it should be investigated."