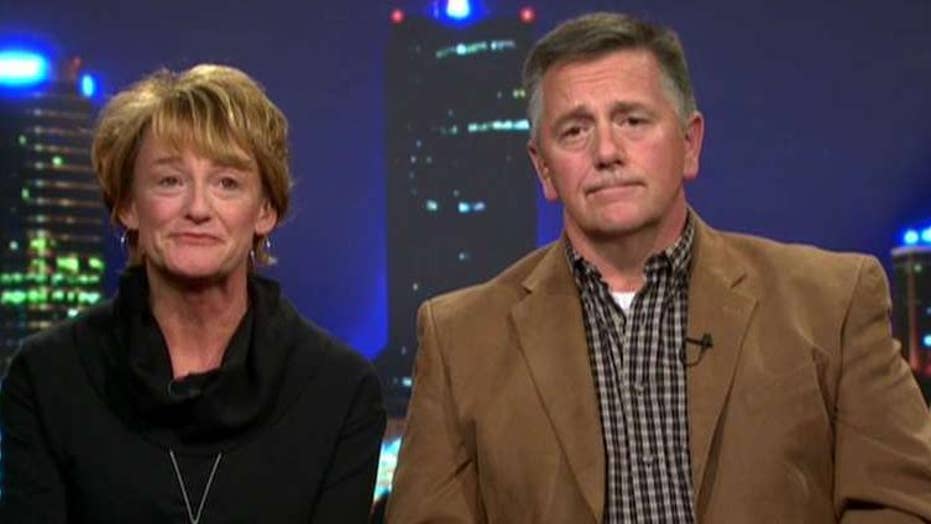 The parents of a 22-year-old Tennessee man who was killed after a suspected illegal immigrant allegedly swerved into oncoming traffic spoke to Fox News Monday night about their grief and desire for stronger border security in America.

Franco Cambrany Francisco-Eduardo, 44, was charged with criminally negligent homicide and driving without a license or insurance, and he was turned over to U.S. Immigration and Customs Enforcement (ICE).

He is set for a preliminary hearing Thursday, The Knoxville News Sentinel reported.

The mom told Sean Hannity she and her husband taught their children to be responsible, and the alleged negligent suspect didn’t abide by the same responsibility that Pierce did.

His obituary noted her son was a promising, well-rounded man: “In his 22 years, he tried his hand at every sport possible, developing a love of golf, soccer, tennis and running 2 marathons in 2017. He became an advocate for eating healthy and exercising daily. He was in the process of completing his personal trainer certification.”

Hannity read a letter she wrote that said her son deserved better than a senseless death, and that immigrants who come to the U.S. ought to come legally and become responsible citizens.

Her husband, Capt. Corcoran, added: “We are not a hating people. We love, and we rally behind people — the underdogs who come here to America and succeed legally, and that’s what we want.”

He said legal immigration shouldn’t be a partisan issue, and his son’s alleged killer was in America for 14 years in “the shadows,” making no attempt “to become a legal, law-abiding citizen.”

Wendy said, “Our son’s life meant something, and our government makes it feel as if it didn’t — that somebody who had no right to be here matters more.”

She said she felt re-victimized by the system, and blamed the government for the cracks in the system.

Her husband mentioned an old saying by his father who said deterrents such as a block or door or wall keeps out an honest person. A criminal will find a way in, and deterrents in place keep out the bad guys.