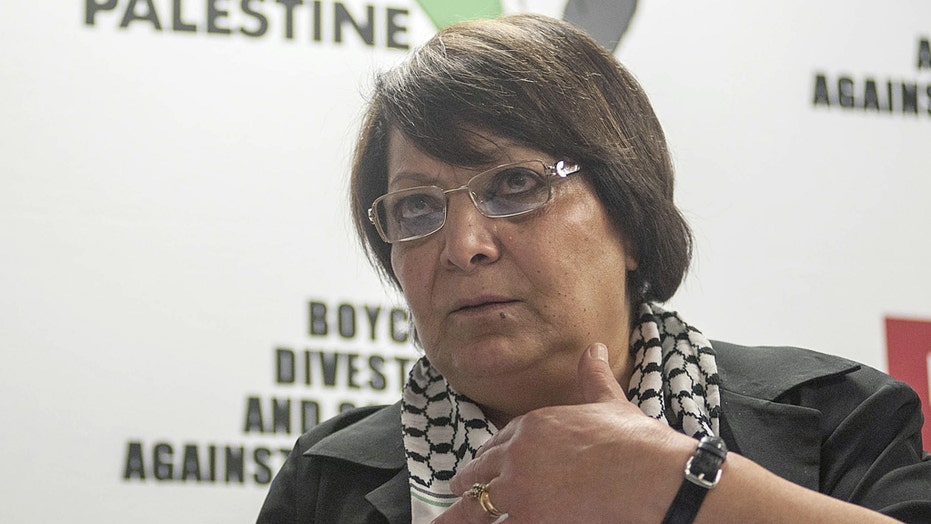 A Palestinian woman who played a part in the hijackings of two airplanes has been invited to speak at San Francisco State University later this month, drawing condemnation from Jewish groups.

Leila Khaled, 76, is a member of the Palestinian Front for the Liberation of Palestine (PLFP), a group the U.S. Department of State designated a terrorist organization.

STANFORD OFFERS SESSIONS ON 'RACIAL TERROR,' CLAIMING IT'S 'NEARLY IMPOSSIBLE' TO THINK OUTSIDE OF WHITE SUPREMACY

In 1969, Khaled and other PLFP members notoriously hijacked TWA Flight 840 bound for Tel Aviv, and a year later hijacked El Al flight 219 traveling from Amsterdam to New York City. She was arrested in London after the El Al flight was rerouted, but was later swapped in a prisoner exchange for civilian hostages taken by PFLP members in another hijacking.

Khaled was invited to speak at the university on Sept. 23 for a roundtable discussion titled, “Whose Narratives? Gender, Justice and Resistance.” The event is hosted by the university’s Arab and Muslim Ethnicities and Diasporas Studies program (AMED).

Leila Khaled, a Popular Front for the Liberation of Palestine (PFLP) member, delivers a speech during the press conference of Boycott, Divestment and Sanctions (BDS) movement in South Africa's capital Johannesburg on February 6, 2015. (Photo by Ihsaan Haffejee/Anadolu Agency/Getty Images, File)

The invitation has outraged several Jewish groups, including the Anti-Defamation League (ADL).

Seth Brysk, director of the ADL’s Central Pacific region, told the Jewish News of Northern California that while the ADL “respects and defends academic freedom,” the organization has questioned how the university’s decision will impact students.

“It is bitterly ironic that a notorious hijacker and convicted terrorist will be welcomed at an institution of higher learning where the free exchange of ideas ought to be paramount,” Brysk said. “An individual with a demonstrated commitment to violent extremism will undoubtedly discourage students from free expression and exploration.”

A university spokesperson told the paper in a statement that freedom of speech allows for different points of view to be expressed on campus, and emphasized that an invitation should not be construed as an endorsement of a public figure’s beliefs.