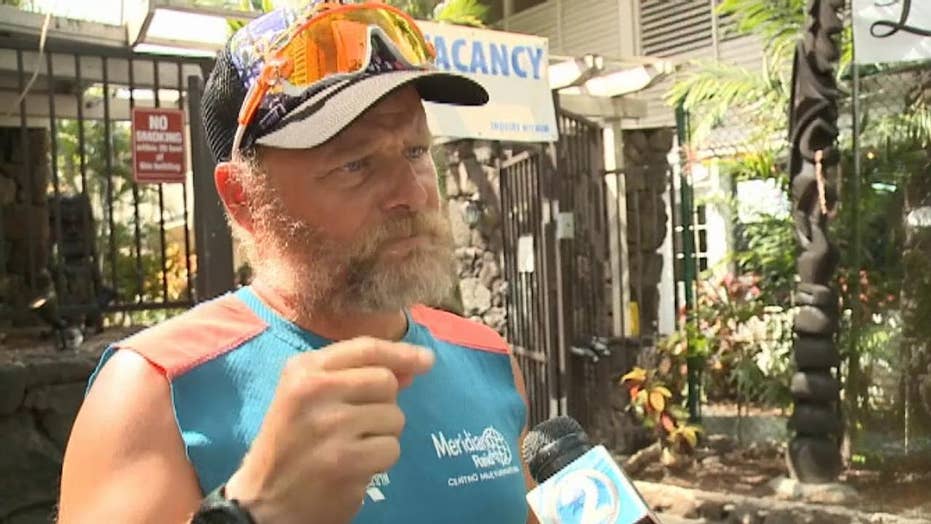 The journey took over seventy-five days, according to local reports.&nbsp;

Spanish endurance athlete Antonio de la Rosa reportedly became the first person to stand-up paddleboard across the Pacific Ocean after he paddled his way to Hawaii from California on Saturday.

De la Rosa, from Valladolid, Spain, said it took him 76 days to cross 2,500 miles while standing on a submarine-shaped craft he described as a paddleboat.

The 21-foot-long vessel endured rough weather, including when Hurricane Flossie passed within 60 miles. De la Rosa told the television station that not once did he think of giving up.

The athlete ate dehydrated food, using heated water, and sometimes fished. He paddled about 10 hours a day and slept every night, although he woke up hourly to check on his gear.

De la Rosa also previously circumnavigated the Iberian Peninsula’s coastline while stand-up paddling; completed a stand-up paddling voyage within the Arctic Circle between Ilulissat and Upernavik in Greenland in 2016; and raced across the Atlantic Ocean in a solo rowing vessel, crossing from Senegal in West Africa to French Guyana, in 2014, according to KHON-TV.

“Stand-up paddling is my favorite sport and I said, ‘OK, I’m going to do the Pacific,’” de la Rosa said.

De la Rosa said the most challenging part of the journey was getting through coastal waters.

“The current and winds are hard and it’s so difficult to get out of the coast. I had 10 days with problems very close (to) the coast,” he said.

When asked what he wants to accomplish next, De la Rosa said, “I have nothing exactly in my head, but probably next year, I’m going to do a mountain bike expedition with my girlfriend or winter expedition.”

De la Rosa said it took him two years to plan the journey, the station reported, adding that he likely won’t be doing any rowing or stand-up paddling for the next few years.

He celebrated his 50th birthday at sea, his sister, Vanesa de la Rosa, explained to The Associated Press from Spain. The siblings run an adventure tourism business in Madrid and a small hotel for athletes.