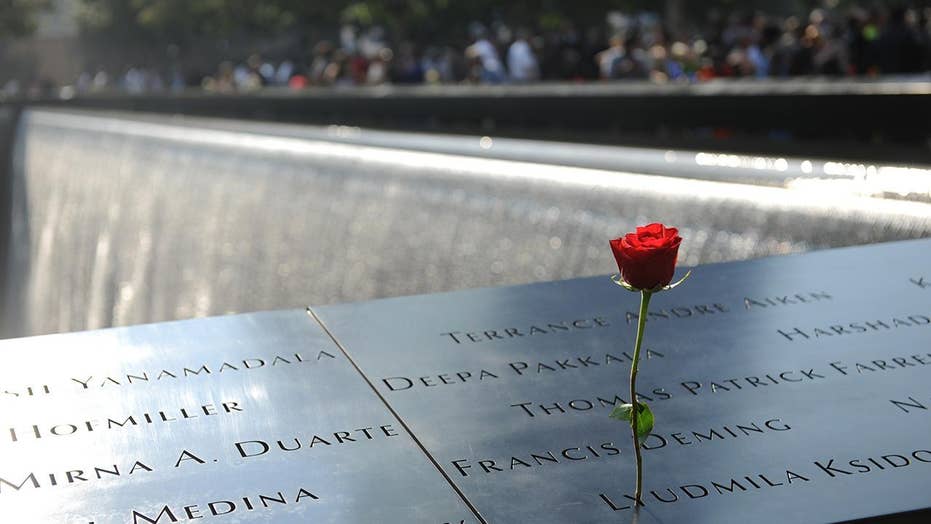 The outgoing New Jersey congressman who sponsored a bill to funnel $25 million a year to 9/11 memorials says the money should make the World Trade Center site less vulnerable to attack.

“That whole area is very open,” Thomas MacArthur told The Post of the space around the National September 11 Memorial & Museum in lower Manhattan. “Anybody could walk in there with a bomb strapped to their back and cause untold death and destruction.”

MacArthur, who first sponsored the 9/11 Memorial Act four years ago, said he’s fought for the measure to protect the sacred site where twin pools honor the 2,977 people killed in the Sept. 11, 2001, terror attacks.

“The 9/11 site has always been a target and New York City has enormous symbolic value for people who hate our country,” he said.

Congress passed the bill last month by a vote of 371-3 and President Trump signed it into law Wednesday.

But some 9/11 family members fear the funds will subsidize the salaries of the private nonprofit foundation that runs the Ground Zero memorial and museum.

“If Rep. MacArthur wanted to bolster anti-terrorism at the 9/11 memorial, he should have written a bill that directed the $25 million to the NYPD and Port Authority police, who are actually in charge of security at Ground Zero,” said Glenn Corbett, an associate professor of fire science at John Jay College and an adviser to FDNY 9/11 families.

The law authorizes grants up to $25 million a year from 2019 to 2023 for the “operation, security and maintenance” of memorials that commemorate the World Trade Center and Pentagon attacks.

“People are making a lot of money there, and now they’re asking for a lot more. It’s throwing good money after bad,” McCaffrey said. “You already have NYPD, the best police force in the world, providing security.”

In a statement, police officials said, “The NYPD works closely with the Port Authority police and other federal, state and local agencies to ensure the safety of New Yorkers and well as visitors to the area.”

Meanwhile, the memorial foundation — led by ex-Mayor Mike Bloomberg — has signed a three-year contract with SOS Security of Parsippany, NJ, to provide unarmed guards at a total cost of $36.2 million, or $1 million a month, The Post has reported.

Foundation spokesman Michael Frazier would not specify how the federal funds might bolster safety. He issued a statement by Greenwald saying the law “can help ensure that 9/11 stories of courage, sacrifice and bravery endure for generations.”