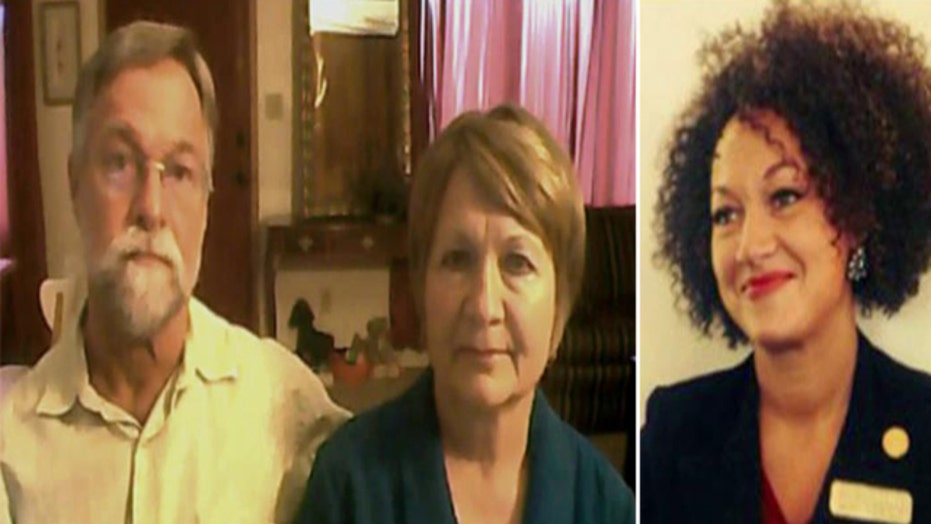 Larry and Ruthanne Dolezal say their daughter is 'rejecting reality'

Rachel Dolezal, the former head of the Spokane chapter of the NAACP, sued Howard University after she received her graduate degree there, claiming the historically black college had discriminated against her because she was white.

Dolezal resigned as president of the Spokane NAACP Monday, just days after her parents told local media outlets that their daughter had misrepresented herself as fully or partially black. In reality, they said, their daughter's ancestry is German, Swedish, and Czech, with some Native American background as well.

WTTG reported that Dolezal filed her lawsuit against Howard in 2002, asking for damages due to "medical and emotional distress."

Dolezal, who then went by her married name, Rachel Moore, claimed the university blocked her appointment as a teaching assistant, failed to hire her as an art teacher upon graduation and removed some of her pieces from a student art exhibition in favor of works by African-American students. In 2005, the D.C. appeals court upheld a lower court's ruling throwing out the lawsuit and Dolezal was ordered to pay the university $2,700 to cover the costs of the lawsuit.

WTTG also reported that Dolezal had received three speeding tickets in Virginia, where she lived while attending school, in 2000, 2001, and 2003. All three court documents listed her race as white.

David Smedley, an associate professor of sculpture at Howard, told the Washington Post that Dolezal's race was never in question during her time at the school.

"She was a blue-eyed, blonde woman," Smedley told the paper.

In addition to her departure from the NAACP, Dolezal was fired Monday as a weekly columnist for The Pacific Northwest Inlander, Spokane's alternative weekly, and her contract as an instructor at Eastern Washington University was not renewed.

City officials are investigating whether she lied about her ethnicity when she landed an appointment to Spokane's police oversight board. On her application, she said her ethnic origins included white, black and American Indian.

On Friday, police said they were suspending investigations into racial harassment complaints filed by Dolezal before the uproar, including one from earlier this year in which she said she received hate mail at her NAACP office.

Police released files showing that one package did not bear a date stamp or barcode, meaning it was probably not handled through the post office.

Dolezal's parents appeared on NBC's "Today" show Monday and said they hope to reconcile with their daughter.

"We hope that Rachel will get the help that she needs to deal with her identity issues. Of course, we love her," her mother said.