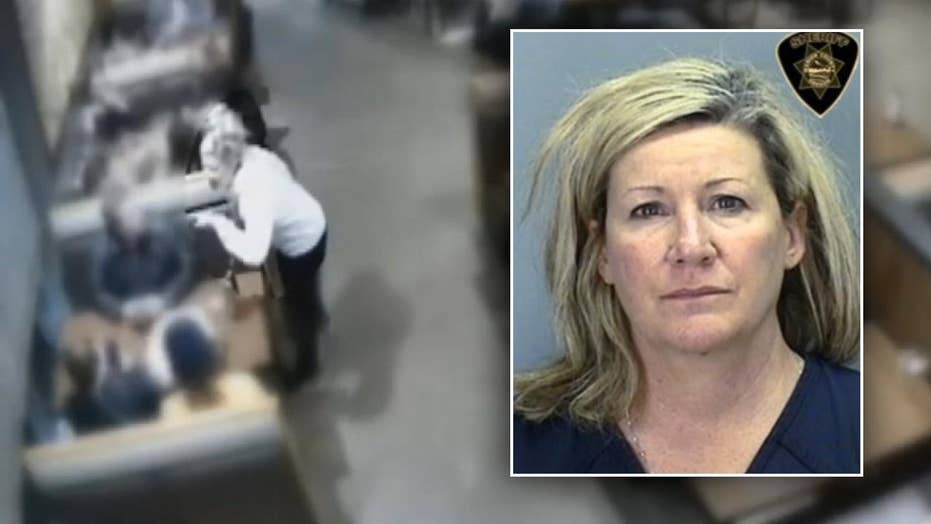 An Oregon teacher was arrested after police say she hurled “various expletives” at a sexual assault victim after approaching the woman in a restaurant last week.

Trisha Ebbs, 50, was arrested for disorderly conduct after police were called to a “Hops N Drops” on Keizer Station Boulevard Friday over reports that the high school teacher verbally attacked the victim of a 2017 sexual assault.

AARON HERNANDEZ NETFLIX DOCUMENTARY EXPLORES HIS SEXUALITY, FINAL DAYS: ‘EVERYTHING CAME TOGETHER AS A PERFECT STORM’

Keizer Police were dispatched to the restaurant around 9:35 p.m. after Ebbs approached a table where the 20-year-old girl, her father and a third individual were sitting. Ebbs had been having dinner with the parents of the male suspect in that case and recognized the victim.

According to police, Ebbs “walked to where the woman was seated and began screaming at her, calling her various expletives attributable to Trisha Ebbs’ belief about the circumstances of the 2017 crime.”

The girl’s father pushed Ebbs and was then shoved by “a group of males” with her.

Witnesses told police that Ebbs was “on top of them.” The altercation ended when employees separated the group.

The relationship between Ebbs and the male suspect’s parents was not immediately known. According to police, the suspect, now 21, was charged and subsequently convicted as an adult for sexual assault against this woman and a second minor female in 2017.

Ebbs was arrested and charged with disorderly conduct but released on her own recognizance. She was placed on administrative leave from North Salem High School where she worked as a health teacher on Monday, FOX12 reported.