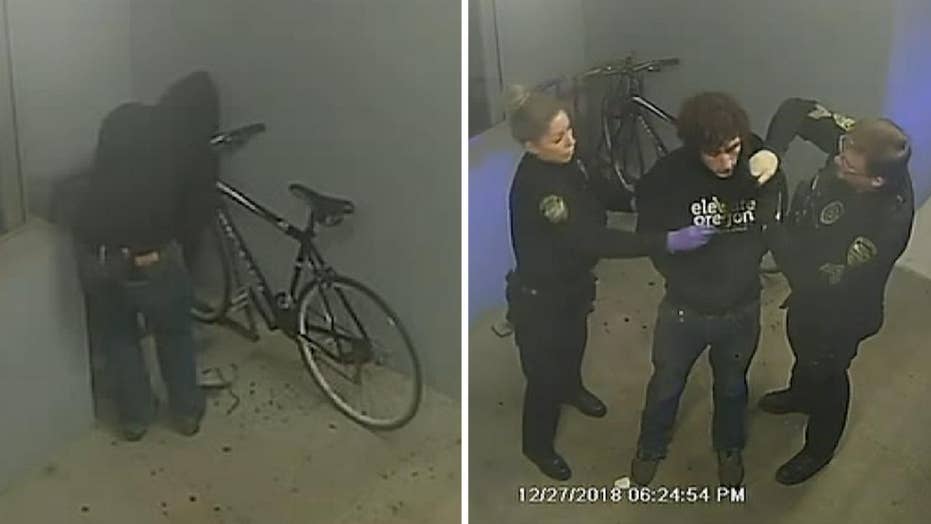 Pro tip: When looking to commit a theft, steer clear of police stations. Cops tend to be there already.

A man was arrested last Thursday after he was caught on video trying to steal a bike that was locked up in front of an Oregon police station.

Gladstone police posted a video on Facebook showing the would-be thief, identified as Adam Valle, with a pair of bolt cutters he was using to take the bike. Valle attempted to hide his identity by wearing a black hooded sweatshirt and what appeared to be a ski mask.

The disguise did nothing.

Two police officers were watching the crime unfold outside of the station while they were sitting inside. Valle is seen fussing with the lock for about 30 seconds until an officer steps out and confronts him.

“Suspect arrested for attempting to steal a bike...From the PD!!!! SGT Okerman arrested the suspect after confronting him with a Taser,” the department wrote in a Facebook post Monday.

Valle was handcuffed within minutes and charged with theft, criminal mischief and felony possession of weapons. The 26-year-old was also arrested in November on similar charges, KOIN reported.

He didn't have to travel far to be booked.