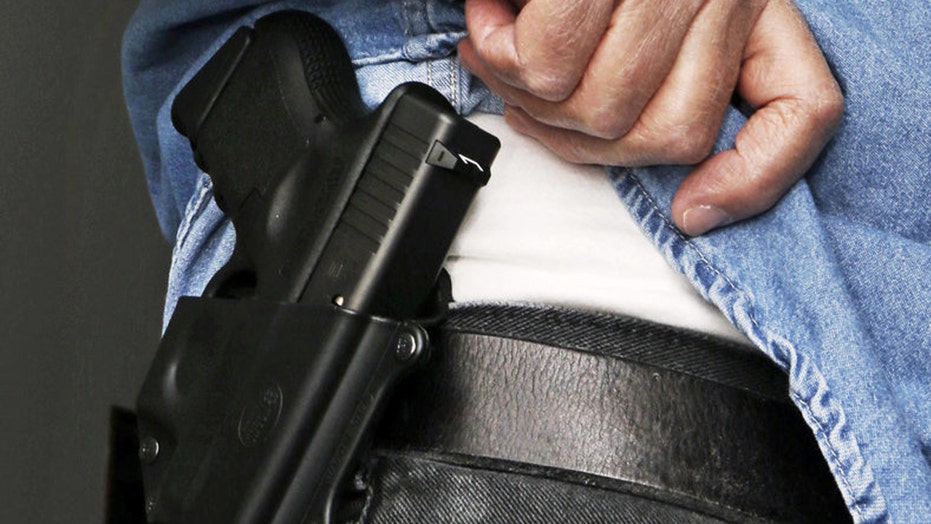 One year since campus carry was adopted at public universities in Texas, authorities in the state claim the law has not impacted campuses in any significant way.

"We have had no incidents since the law passed or since the law went into effect of criminal acts by license-to-carry holders," Ed Reynolds, Chief of the University of North Texas Police Department, told the Denton Record-Chronicle.

"We have had cases that involved weapons on campus, but the individuals that were carrying were not license-to-carry holders," Reynolds told the paper.

Texas Gov. Greg Abbott signed the law --- which allows concealed handguns in college classrooms, buildings and dorms -- in 2015. But the law, which took effect in August 2016, allows each public university to create its own implementation process and policy.

At UNT, one of Texas's largest universities, individuals are prohibited from carrying concealed handguns within several areas on campus, like places of religious worship or locations that hold events with at least 200 people, according to the newspaper. They are also banned from medical facilities and sporting events. The university requires that carriers have their license present at all times.

Reynolds told the paper he has heard "very little concerns or complaints" since the law took effect, and Texas Woman's University Police Chief Samuel Garrison also said there has been no significant change on that campus.

But many people remain staunchly opposed to concealed carry on the university's campus.

"I don't think having guns creates a culture on campus that's safe for everyone," Jennifer Kelley, a student at UNT, told the paper. "I don't think weapons have a place on campus. It's not the sort of culture we want to promote."

The law has sparked widespread controversy in Texas and other states, where efforts are being made to pass similar legislation.

In July 2016, three professors at the University of Texas sued to overturn the law, claiming it is unconstitutional and is forcing colleges to impose "dangerously-experimental gun policies." The 50,000-student Austin campus has been a flashpoint of opposition to the law among faculty and students.

Texas has allowed licensed concealed handguns in public since 1995 but had previously made college buildings off limits.

In 2000, no states allowed guns on college campuses. Today, 10 states -- inlcuding Colorado, Georgia and Wisconsin -- have laws permitting them on campus. In 2017, bills seeking to expand campus carry laws were introduced in 16 states.

Six professors at University of Georgia colleges sued the state earlier this month, claiming "the presence of guns in classrooms and laboratories will create an increased risk of physical harm" to the university community.

At Capital University in Bexley, Ohio, meanwhile, a group of students are pushing for the school to allow students to carry guns on campus. University officials, however, said the school is a weapons-free institution and intends to stay that way.