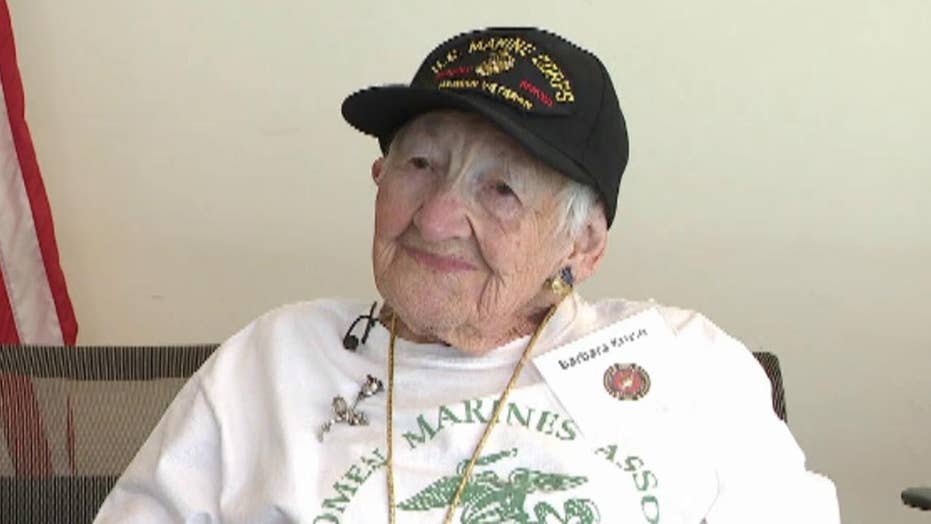 One of the first female Marines honored at luncheon

Barbara Kruse joined the Marines in 1943 when she was twenty years old.

One of the first female Marines was honored at a luncheon in Ohio on Thursday and called her decision to join the military the "best thing" she's ever done.

Barbara Kruse, 95, was part of a group of veterans at the Columbus VA Ambulatory Care Center who were honored at the luncheon for those over the age of 95.

"The first question people usually ask is, 'Why did you go in the Marine Corps?' Because I wanted to be a Marine," Kruse told WSYX/WTTE.

Kruse joined the Marine Corps when she was just 20 years old, in February 1943, and was motivated after the attack on Pearl Harbor.

POPPY MEMORIAL DISPLAYED ON NATIONAL MALL: 'YOU CAN'T HELP BUT BE INSPIRED... AND SAD'

"All of the boys were leaving high school to go into the service," said Kruse. "I can't put my finger on it, but something about those that went into the Marine Corps, I wanted to be a Marine."

During her time served with the Marines, Kruse worked in recruiting and enlistment in New Orleans and Oklahoma City. She later went on to work as an occupational therapist for the Northport VA Medical Center on New York's Long Island.

"The best thing I ever did," she said of enlisting.