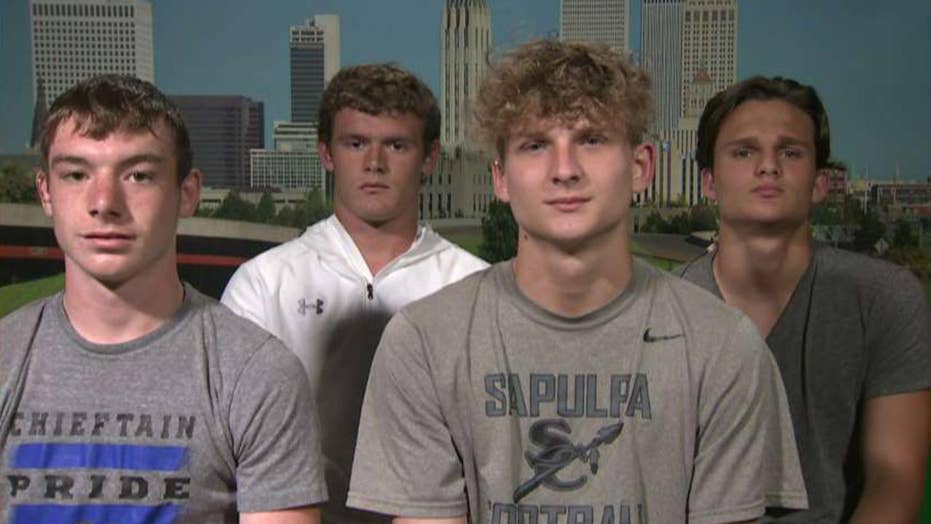 Teens rush into burning home to save 90-year-old woman

Four Oklahoma teens are being hailed as heroes after they jumped into action when they saw a 90-year-old neighbor's home fill with smoke and flames. Wyatt Hall, Dylan Wick, Seth Byrd and Nick Byrd join 'Fox &amp; Friends' to describe the rescue.

A 90-year-old Oklahoma woman's life was saved by four neighborhood teens who rescued her from her burning home.

The heroic youngsters joined Ainsley Earhardt on "Fox & Friends" Monday to recount the experience. Catherine Ritchie was in her bathroom getting ready for bed last month when she noticed the bed's headboard was engulfed in flames.

Ritchie said she tried to put the fire out by throwing blankets and pillows on the flames, but the smoke grew so thick that she was soon disoriented in the home in Sapulpa, where she'd lived for 58 years. 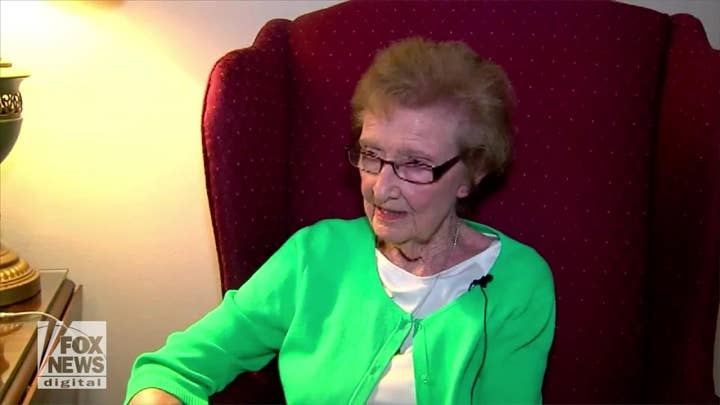 She called 911 and hit her emergency call button, but she managed to get only to the hallway before losing her way in the smoke again.

Seth Byrd said he ran to the front door, while his brother got in through the back door; Hall ran to a neighbor's house for help and Wick called 911.

Nick said he immediately heard Ritchie screaming for help when he got inside.

"I saw her at the end of the hallway and I just picked her up and took her to Seth at the bottom of the porch steps," he recalled.

None of the boys or Ritchie suffered any injuries, while firefighters arrived soon after to extinguish the fire.

"It was a big adrenaline rush, like it was meant to be. We just reacted really good," said Wick.