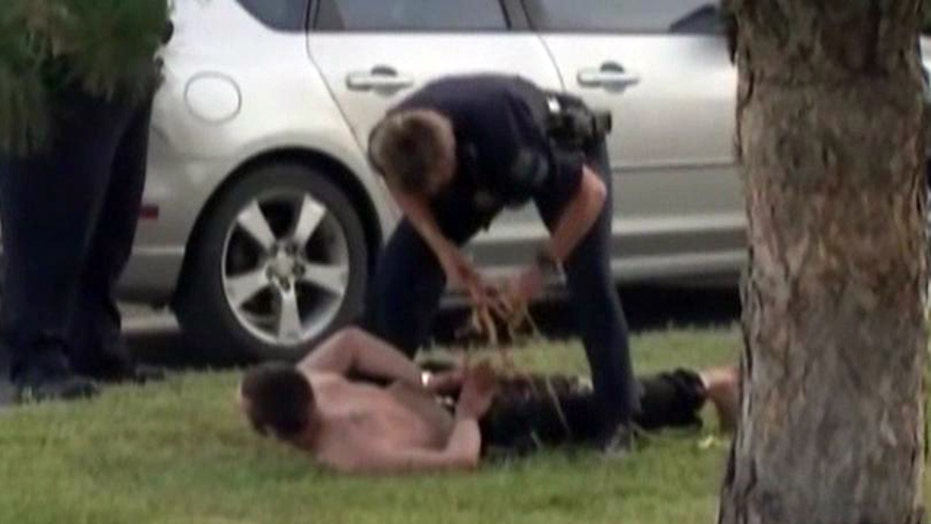 Homeowner took matters into his own hands

An Oklahoma homeowner – fearing his house was about to be broken into – ambushed a burglary suspect and left him hogtied on his front lawn until police arrived.

Denay Houston, the Tulsa homeowner's wife, said the incident began early Wednesday when she woke up to the sound of glass shattering in her daughter's bedroom, News On 6 reports. They found a folding chair inside the room.

The husband – who was not identified in reports but works with horses and reportedly knows his way around a rope –  hid behind their front door and sprang out when the suspect, Robert Cole, 31, passed, the report said.

He managed to hogtie Cole and call police before leaving the scene for work, the report said.

Cole faces a burglary charge and is held at the Tulsa County jail on a $32,000 bond. Police said Cole appeared to be on drugs at the time of his arrest, News On 6 reports.

A resident told Fox 23 that the area is not known for criminal activity.