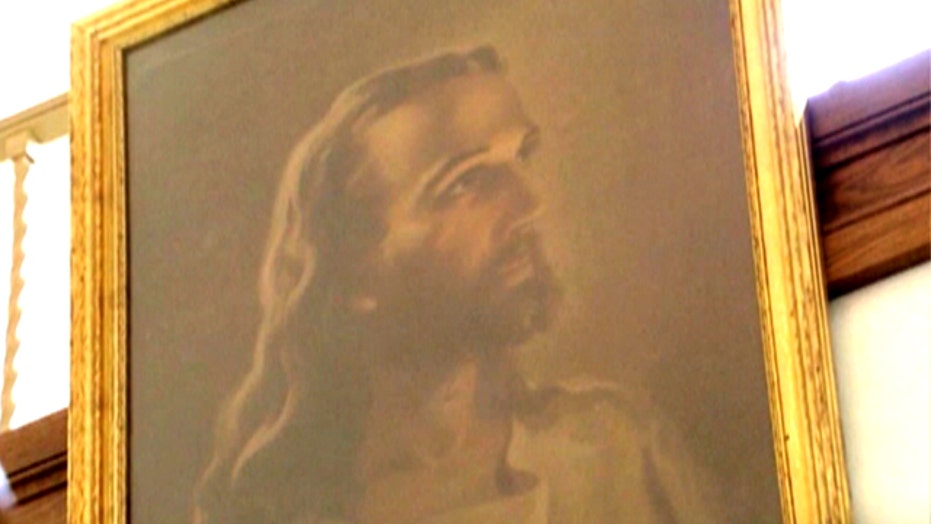 Move to avoid pricey lawsuit over constitutionality of painting

A portrait of Jesus that had adorned a southern Ohio public school district building since 1947 has been taken down after officials decided they could not risk losing a lawsuit to the American Civil Liberties Union.

The superintendent of Jackson City Schools told The Associated Press that the decision was made after the district's insurance company declined to cover litigation expenses. Phil Howard said a student club that the school says owns the portrait took it down Wednesday morning at his direction.

"At the end of the day, we just couldn't roll the dice with taxpayer money," Howard said. "When you get into these kinds of legal battles, you're not talking about money you can raise with bake sales and car washes. It's not fair to take those resources from our kids' education."

The ACLU and the Freedom from Religion Foundation had sued on behalf of a student and two parents, calling the portrait an unconstitutional promotion of religion in a public school. An ACLU spokesman says the lawsuit remains in effect, but will be dropped if the portrait stays down.

The "Head of Christ," a popular depiction of Jesus, had been in an entranceway's "Hall of Honor" in a middle school building that was formerly a high school. It was near portraits of dozens of prominent alumni and people with local roots such as the late four-term Ohio Gov. James Rhodes. The portrait was moved recently by a Christian-based service club to the current high school building.

A complaint that triggered the February lawsuit put the 2,500-student district in the midst of the ongoing national debate over what religious-themed displays are permissible.