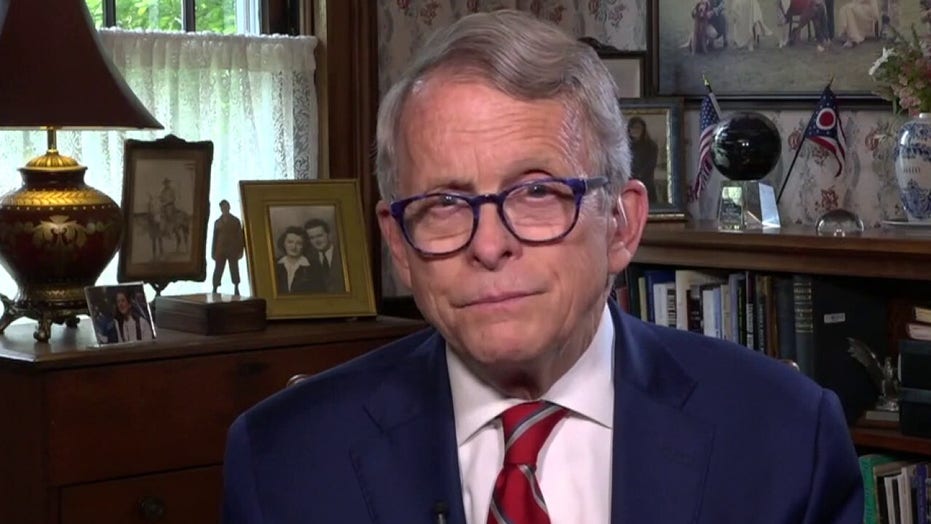 Ohio Gov. Mike DeWine tested negative for COVID-19 on Thursday hours after testing positive before he was set to greet President Trump at the Cleveland airport, according to a statement by the governor's office.

Instead of meeting with Trump, DeWine returned to Columbus and was ultimately tested for coronavirus a second time.

The second test was a PCR test administered that afternoon, which his office said was "extremely sensitive, as well as specific, for the virus." His wife, Fran DeWine, and staff members also tested negative.

OHIO GOVERNOR TESTS POSITIVE FOR CORONAVIRUS AHEAD OF TRUMP VISIT

His office said the PCR test was different than the rapid antigen test administered earlier in the morning as part of the standard protocol required to meet with Trump.

"We will be working with the manufacturer to have a better understanding of how the discrepancy between these two tests could have occurred," the statement added.

Ohio Governor Mike DeWine, left, and his wife Fran, walk into their residence after he tested positive for COVID-19 earlier in the day Thursday, Aug. 6, 2020, in Bexley, Ohio. (AP Photo/Jay LaPrete)

The PCR test looks for the specific RNA for SARS-CoV-2 -- which is the virus that causes COVID-19.

"We feel confident in the results from Wexner Medical Center," his office said of the PCR test. "This is the same PCR test that has been used over 1.6 million times in Ohio by hospitals and labs all over the state."

The governor and his wife plan on having another PCR test on Saturday to confirm their results. His office said the decision was made out of "an abundance of caution, and at the direction of medical professionals."

DeWine had called the positive result from the first test "a big surprise to our family,” during a late afternoon news conference broadcast from his porch on his farm in Cedarville in southwestern Ohio, where he planned to quarantine for 14 days.

He was one of the first governors to take drastic measures in trying to mitigate the spread of the virus. The Buckeye State was the first nationwide to close all schools in the face of the outbreak.

As of early Friday, Ohio has seen at least 97,471 confirmed cases and more than 3,615 deaths from the virus, according to data from Johns Hopkins University.