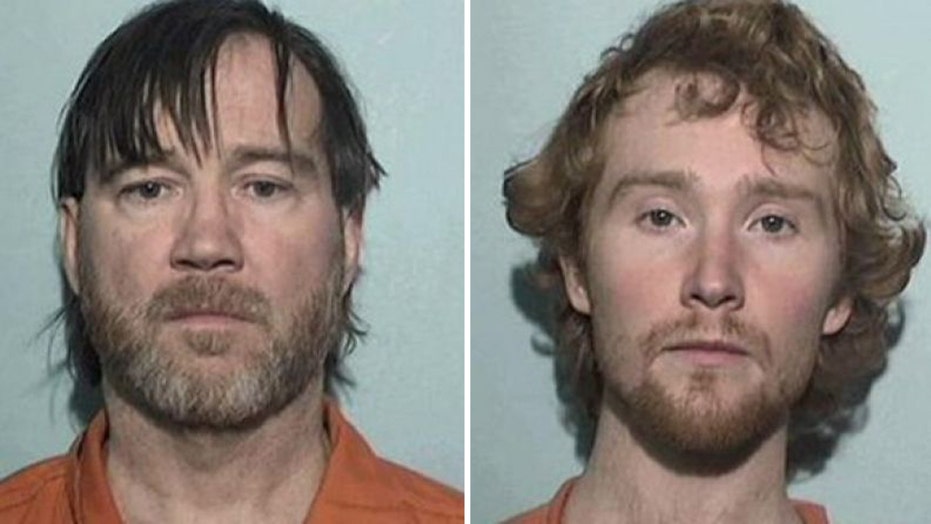 A former Toledo, Ohio firefighter and his son were arraigned Thursday for allegedly kidnapping a 13-year-old relative and keeping her chained up in a basement for as long as a year.

Timothy Ciboro, 53, and Esten Ciboro, 27, were charged with kidnapping and child endangerment and were being held on $500,000 bond apiece. A preliminary hearing was set for May 26.

The girl told investigators she was shackled by the ankle to a support beam in the darkened basement as punishment for wetting her bed. She said she was punished in this way for different periods of time, and as long as a year, according to a court document.

The Toledo Blade reported that the girl managed to free herself with a spare key and escape the Ciboro house Wednesday night after the suspects went jogging in a nearby park. A police report said that a woman found the girl outside a downtown office building, carrying several bags and looking like a runaway.

The teen told the woman that her mother had left her and her two siblings and gone to Las Vegas. She said her father had taken the children in.

The Ciboros were arrested early Thursday. Officers said it appeared the two men were trying to flee when they arrived at the house. Both were pulling away in a van with two younger children, a dog and cat, a map and a gun, according to a police report.

Officers found leg irons in the basement along with a bucket the girl said she used as a toilet, according to a police report.

The head of Lucas County Children Services said the girl was found with poor hygiene, but the two other children who also lived in the house appeared to be OK.

"They were not victims, to my knowledge," said Robin Reese, the agency's executive director.

The agency had contact with the girl in 2014, but she did not show signs of being malnourished or mistreated and was never removed from the home, she said.

The girl was home-schooled, Reese said. All three children were placed in foster care Thursday.

The Toledo Blade reported that Timothy Ciboro was fired from the city's fire department in 2004 after demanding a discount on ice cream for a friend at a local ice cream stand.

"I remember him," city Fire Chief Luis Santiago told the paper, " and I remember him not being a very good employee."