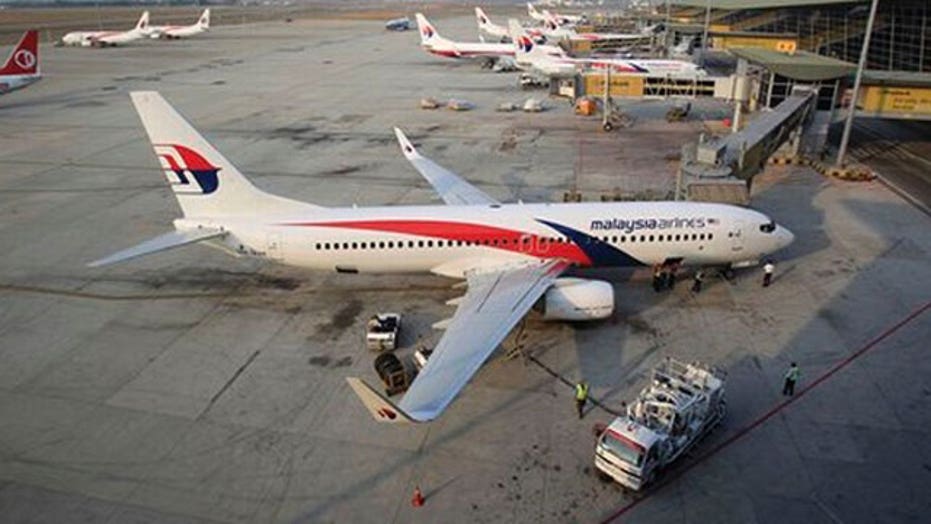 US official: Debris in photo matches that of Boeing 777

Air safety investigators have a “high degree of confidence” that the photo of aircraft debris washed up on a remote Indian Ocean island is from a wing component unique to the Boeing 777, a U.S. official told the Associated Press late Wednesday.

The disclosure fueled speculation it could be from Malaysian Air Flight MH370, which vanished in March 2014.

The official told AP investigators — including a Boeing air safety investigator — have identified the component as a "flaperon" from the trailing edge of a 777 wing.

A French official also confirmed to AP that French law enforcement was on site to examine the piece found on the French island of Reunion, in the western Indian Ocean. The U.S. and French officials spoke on condition that they not be named because they aren't authorized to speak publicly.

Twitter was aflutter on Wednesday, after photos surfaced of the find.

The debris shown in one photo, “if it is from a jetliner,” looks like a flap and not a wing, according to Jon Ostrower, the aerospace and Boeing beat reporter for The Wall Street Journal. Ostrower noted that a jet like MH370, a Boeing 777, “has a single-piece outboard and a two-piece inboard flap system.”

This map shows the intended route of MH370 and the area that plane debris was found in on Wednesday. MH370 was less than an hour into its flight from Kuala Lumpur to Beijing when it disappeared from radar. Investigators believe it veered off course and went missing somewhere in the southern Indian Ocean.

The extensive barnacles collected on the plane debris may indicate that it had been in the ocean for a significant period of time, according to India Today.

The discovery was made by employees of a company responsible for cleaning the shoreline of the island, India Today reported. Reunion Island, near Madagascar, is thousands of miles west of the MH370 search area, which covers some 75,000 square miles.

“I’m not so sure that those parts belong to the MH370 flight,” said David Cenciotti, editor at TheAviationist.com. “The Malaysia Airlines B777 is not the only plane that went missing, and there are some mysteriously disappeared in Africa. It could even be one of those aircraft. I’m not saying that one is not the MH370, just that it’s weird that debris appeared over there.”

MH370 was flying from Kuala Lumpur to Beijing March 8 when it disappeared somewhere over the South China Sea less than an hour after takeoff with all of its 12 Malaysian crew members and 227 passengers. Investigators later discovered the plane flew south toward the southern Indian Ocean.

A massive search effort that to date has cost more than $100 million has so far proved fruitless. The Australian Transport Safety Bureau is leading the effort.

“Our work will continue to be thorough and methodical, so sometimes weekly progress may seem slow,” the ATSB posted to its MH370 search website early Wednesday, an update seemingly unrelated to the Reunion find. “Please be assured that work is continuing and is aimed at finding MH370 as quickly as possible.”

While the cause of MH370’s disappearance has never been diagnosed, and foul play has not been proved, some suspicion has fallen on the 53-year-old pilot of the plane. After MH370 turned off its transponder, investigators found that the plane appeared to execute evasive maneuvers that would suggest a skilled pilot was in control. Capt. Zaharie Ahmad Shah, who had extensive experience in the cockpit, also had a flight simulator in his home. Additionally, Shah was reported to be having relationship issues.

A piece of plane debris washed up on an island in the Indian Ocean. (Yannick Pitou - La Reunion)

Reunion, a volcanic French island with a population of nearly 850,000, is about 39 miles long and 28 miles wide. It is located about 500 miles east of Madagascar.