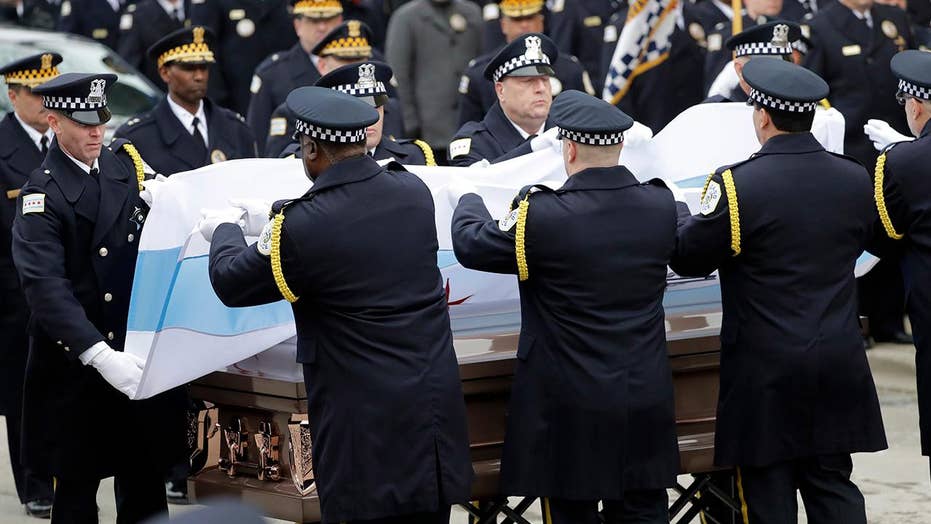 War on cops escalates with surge in line of duty deaths

An off-duty New Jersey cop was shot and killed Sunday night inside a home, officials said -- though many other details surrounding the rookie officer's death remained unclear.

The 33-year-old, who had only been on the force for about a year, suffered a gunshot wound to the chest around 7:50 p.m., NJ.com reported.

Police responding to the scene found the unidentified officer had been shot, and he was later pronounced dead at Jersey City Medical Center.

City spokesperson Kimberly Wallace-Scalcione said the officer had been working for the Jersey City Police Department for about a year and had recently graduated from the police academy, according to NorthJersey.com.

The Hudson County Prosecutor’s Office said it was investigating the shooting, however, no suspect was immediately named.