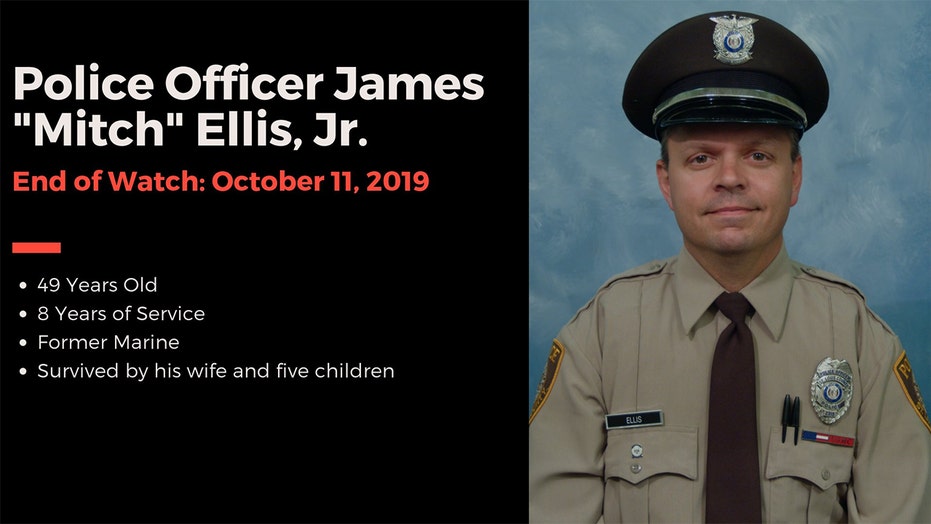 An off-duty Missouri police officer was killed when he was involved in a three-vehicle crash in Illinois last Thursday, police said.

The off-duty St. Louis County police officer has been identified as James "Mitch" Ellis Jr., 49, who had been with the department for eight years.

Ellis, of Hecker, Illinois, which is about 40 minutes from St. Louis, Mo., was on his way home from work when the crash happened, according to Fox 2 Now.

The crash happened around 11:00 p.m. Thursday on Route 159, north of Hecker, according to Illinois State Police (ISP).

A Hyundai Sonata was passing a semi-truck heading northbound when it slammed into a Dodge Caravan head-on, ISP said, adding that the Hyundai then spun back into the northbound lanes and was struck by the semi-truck.

Ellis joined the St. Louis County Police department in January 2011, according to a news release from the department. Prior to that, he served in the U.S. Marine Corps from 1992 until 1996.

St. Louis County Police Chief Jon Belmar said Ellis felt compelled to return to the Marines after the September 11, 2001 terror attack, according to the television station, which added that he enlisted in the Marine Corps Reserves from 2001 until 2005 and deployed to Iraq as a squad leader in 2004.

In August 2012, Ellis earned a Lifesaving Award for performing CPR on an unresponsive man, according to the St. Louis County Police Department news release.

“On behalf of the entire Department, I wish to express our sorrow and sympathy over the tragic death of Officer Mitch Ellis. Our hearts and deepest condolences go out to his family and friends,” Belmar said.

“Officer Ellis was a dedicated police officer, loyal friend and devoted family man. We are greatly honored to have worked with him and have him as part of our family.”

Ellis leaves behind a wife and five children.

The BackStoppers, an organization which provides financial assistance and support to the spouses and children of all police officers and firefighters who have lost their lives in the line of duty, announced on Monday that the organization is providing assistance to Ellis’ family.

Other local police departments, including the Wentzville Police Department, which is about 50 minutes from St. Louis, immediately offered condolences.

The department tweeted on Friday, “The Wentzville Police Department sends our deepest condolences to the @stlcountypd for the loss of Officer James “Mitch” Ellis, Jr. earlier this morning. Your department and all the family involved are in our thoughts and prayers.”

Possible charges in the case are still being investigated, according to ISP.