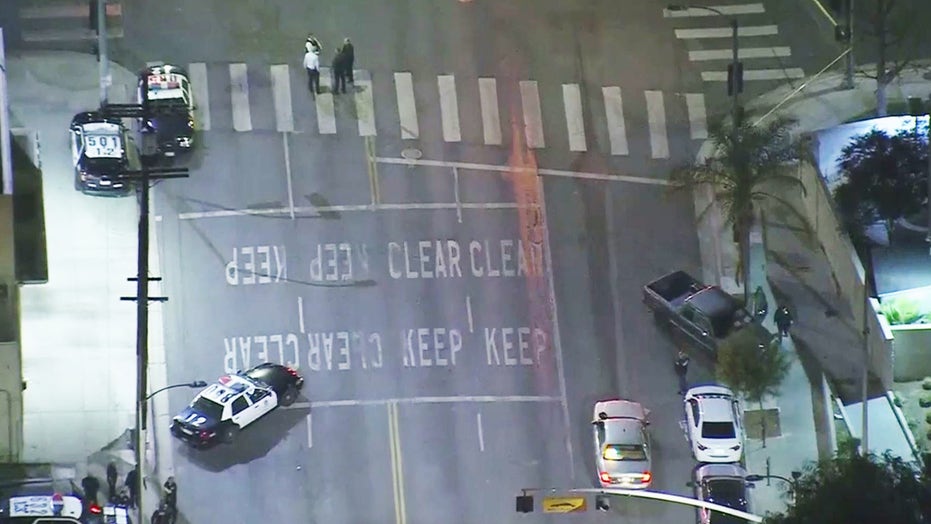 A police officer was shot and rushed to an area hospital on the morning of Oct. 14.

A suspect is in custody after allegedly shooting a Los Angeles police officer Thursday morning.

The officer was on his way to work at around 5 a.m. when the shooting occurred. Emergency services rushed the officer to a local area hospital to treat his wound, police told Fox News.

The officer was in a pickup truck at the time. One of his window shattered as he crossed an intersection, and he realized he had been shot, Assistant Chief Robert Marino told reporters.

The officer managed to drive to the Newton Division station and request help. The officer was not seriously injured and was transported in stable condition thanks to the Los Angeles Fire Department.

The officer appeared to have a "graze wound."

LAPD officers detained a juvenile individual in possession of a handgun a few blocks away from the incident.

Police could not confirm any information about the suspect, but local reports indicate that suspect may be as young as 14 years old, FOX LA reported.

Marino said it was "too early" to discuss any additional possible suspects, but he did confirm that investigators will review security footage and speak to witnesses.