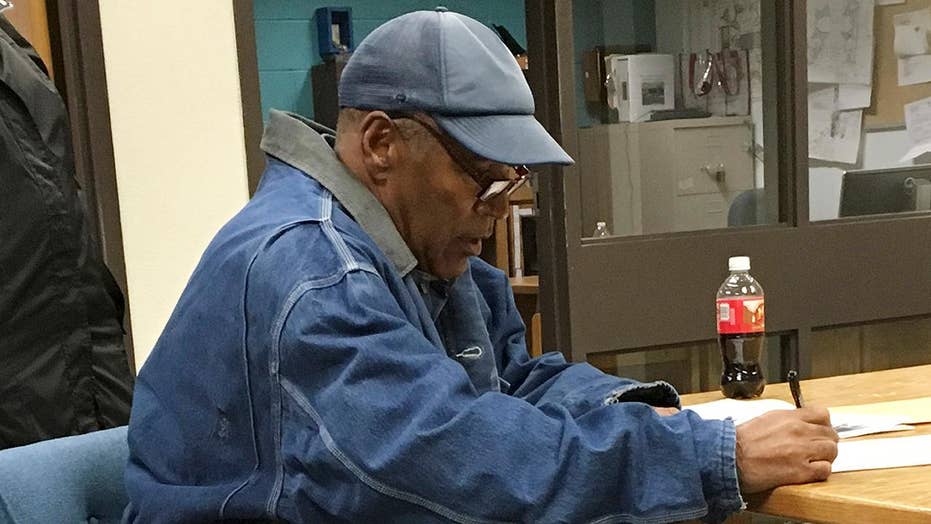 O.J. Simpson plans to live at a home in the Las Vegas area for the foreseeable future, a Nevada parole official said Sunday -- possibly ending speculation that the notorious former football star might ditch the state for Florida.

Simpson was released early Sunday after serving nine years for a botched 2007 hotel-room heist in Las Vegas that brought the conviction and prison time he avoided in the killings of his wife and her friend after his 1995 acquittal.

State Parole and Probation Capt. Shawn Arruti told The Associated Press that Simpson has one approved residential plan, and it doesn't currently include a move to Florida or any other state. However, Arruti said that could change in the future.

Nevada prison officials release a photo and video of the release.

Simpson previously said he wanted to live in Florida, where he used to live and where he has friends and two children.

Arruti would not disclose the exact location of the house in Las Vegas, for security and privacy reasons. But he said that at least for now, the 70-year-old Simpson has no permission to leave Nevada without advance approval from his parole officer.

Simpson was granted parole earlier this year. Unlike the last time he went free 22 years ago, he will face restrictions -- five years of parole supervision -- and he's unlikely to escape public scrutiny as the man who morphed from charismatic football hero, movie star and TV personality into suspected killer and convicted armed robber.

Simpson is looking forward to reuniting with his family, eating a steak and some seafood and moving back to Florida, his lawyer said recently.

Simpson also plans to get an iPhone and get reacquainted with technology that was in its infancy when he was sent to prison in 2008.