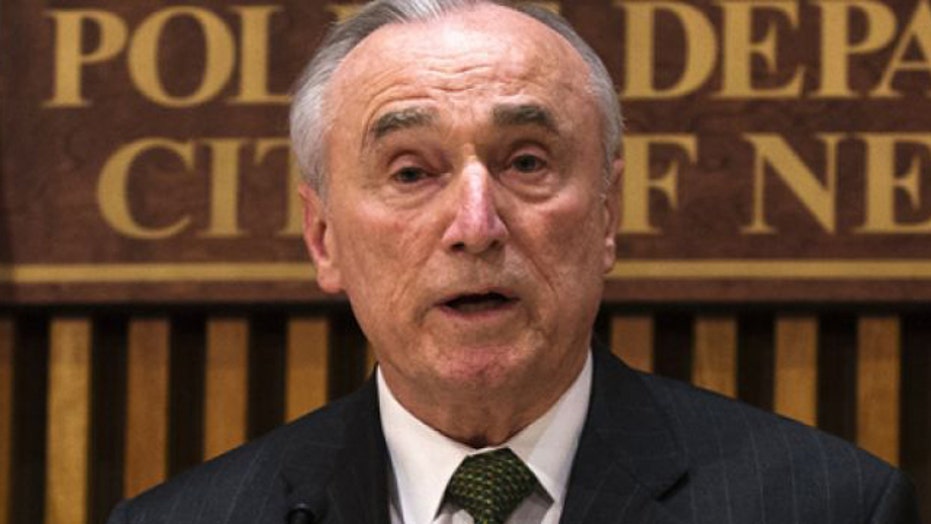 New York Police Commissioner Bill Bratton said Thursday that he intends to apologize to former tennis player James Blake, who he said was "inappropriately" put under arrest outside a midtown hotel after fitting a description of a subject in an investigation.

Blake, who is black, is in New York for the U.S. Open in Queens. He was standing outside the Grad Hyatt hotel around noon on Wednesday when he was incorrectly identified by two witnesses as being part of an Internet identity theft scheme.

Bratton called the incident  a "fast approach" encounter -- where police grab a suspect by the arm, take him down to the ground and handcuff him. Police have determined that Blake, who was in handcuffs for five to 10 minutes, had no involvement in the criminal investigation.

Bratton, who learned about the incident Wednesday evening on his way to film NY1's "Inside City Hall," said both he and Mayor Bill de Blasio reached out to Blake to apologize and to learn what occurred during the incident.

"This rush to put a race tag on it; I'm sorry, that’s not involved in this incident at all."

Blake, 35, summed up the encounter to The New York Daily News "as simple as unnecessary police force, no matter what my race is."

Bratton said he watched a video of the incident. He said he supports the decision to put the unidentified officer on modified assignment during the course of the internal affairs investigation. The officer will have to turn over his badge and gun.

Part of the investigation will focus on the use of force employed during the incident and when exactly the undercover officer identified himself during the takedown. The officer has not been interviewed by police, which is common during these investigations.

“I did not see anything I would describe as resisting [arrest],” Bratton said, during the 20-minute press conference at police headquarters in lower Manhattan.

Chief Bob Boyce, the head of detectives, said police were notified on Monday about Internet credit card thefts. Detectives set up a controlled delivery at the hotel and spotted Blake, who bears a "remarkable" likeness to one of the subjects provided to police in the investigation.

The courier involved in the set-up also misidentified Blake.

The high-profile arrest comes at a time of deep strain between minority communities and police departments in major cities. Bratton, who was recently profiled in The New Yorker, talked about his approach to racial issues after the death of Eric Garner.

He defended de Blasio's message to his biracial son about how to approach police.

"Every black I’ve ever dealt with tells me that they tell their kids the same thing. Don't you as a white parent tell your kids certain things when they're going out driving?" Bratton said. He added "Not being black, how do we put ourselves into his shoes?"

In this case, however, Bratton was swift to dismiss the race charge.

"This rush to put a race tag on it; I'm sorry, that’s not involved in this incident at all," he said. "We have probable cause on the part of the officer, two witnesses who say: ‘That's him.'"

Blake's last tournament as a professional was the 2013 U.S. Open, where he lost in the first round of singles and doubles. He was ranked as high as No. 4 in the world and reached three Grand Slam quarterfinals, including at the U.S. Open in 2005 and 2006.

Blake was born in Yonkers and went to high school in Connecticut, then attended Harvard before turning pro in 1999.