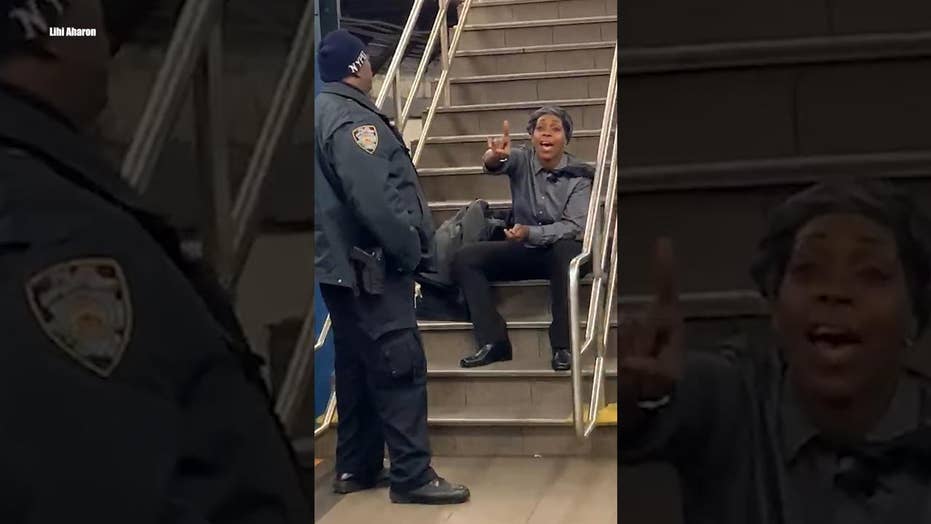 Israeli student records an anti-Semitic rant on a New York subway by a passenger allegedly annoyed for being asked to move her bags.

A Manhattan grand jury indicted a woman accused of perpetrating an anti-Semitic attack on a New York City subway in December with a hate crime, the victim’s attorneys confirmed to Fox News.

While riding a subway in December, Lihi Aharan, an Israeli college student, and another orthodox Jewish man were subjected to a “disturbing” foul-mouth anti-Semitic tirade and Aharan was physically attacked.

(Aharon said she encountered the woman, who police identified as 38-year-old Zarinah Ali (left), as she got on the subway on her way home to Brooklyn after an induction ceremony at her college.  (Lihi Aharon))

“Just because one minority is persecuting another minority doesn’t mean it is not a hate crime,” Brooke Goldstein, attorney and executive director of The Lawfare Project, told Fox News.

“I still bear the physical and emotional scars from my attack, and I expect they will be with me for many years to come. Today, at least I can feel satisfied that my attacker will be held responsible for her actions and I hope that my experience may help bring this type of hatred to light," Aharan said in a statement.

Aharan told Fox News she had asked Zarinah Ali, 38, to move her belongings because she was occupying three seats on a “full” train, but she refused. A seat across from Ali opened up and Aharan sat down.

“I happened to sit next to a visibly Orthodox Jewish man,” Aharon told Fox News. “He had a beard and a yarmulke and he turned out also to be an Israeli.”

“She was yelling at him, shouting at him, ‘Allahu Akbar’ [God is most great] and ‘Allah will kill you,’ ‘nasty Jews,’ she was citing clauses from the Koran and ‘when you see a Jew you got to kill him’ and she used a lot of profanity.”

She added, “I was talking Hebrew so she knew I was Jewish.”

In the video, Ali can be heard spouting phrases including, “You f---in nasty a-- Jews” and “You stinking a— Jew.”

“Then she came to me, she ran to me and pointed on my face and then she was grabbing my face, like she was trying to pull my face off and she scratched me so hard and my face started bleeding.”

Aharon said she hit the emergency button on the subway and asked people to call 911.

Police arrested Ali that night and charged her with assault.

After a steep rise in anti-Semitic attacks in recent years, Belkin said the prosecutors are “going to have to start speaking the language of new forms of anti-Semitism.”

“In the Jewish population centers of America, concentrated in metropolitan areas, anti-Semitism doesn't look like white people wearing swastikas,” Belkin said. He explained that a sector of the black community was being propagated by the Nation of Islam and the Black Hebrew Israelites. “Prosecutors may not be hip to the language but a lot of what this attacker was saying was similar to the language of Black Hebrew Israelites,” Belkin continued.

Goldstein said that the “really alarming rise of violent attacks” are not being covered by the mainstream media when Jews are the victims as they would be when the victims are another minority group.

Goldstein added that African-Americans and Jews have “historically always been there for each other,” and the Jewish community marched front and center with Martin Luther King Jr. in the civil rights movement. “It’s our time to demand equal protections from civil rights violations.”

Still, Goldstein urged the public to “resist politicization” of anti-Semitic attacks. “This is a civil rights movement. Partisan politics should not play any role whatsoever,” she said.