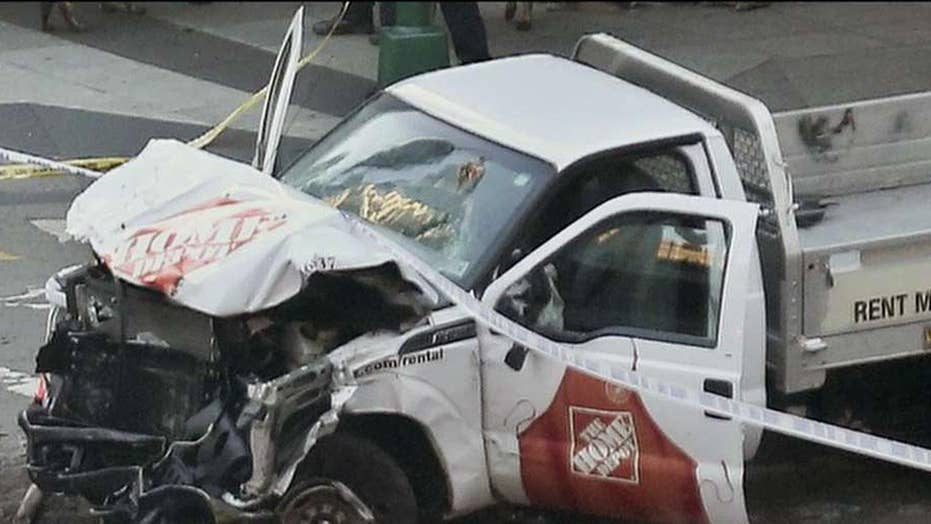 Aril Erlij was so excited for his friends to celebrate their 30th high school graduation anniversary together that he reportedly paid out of his own pocket for two of them to make the flight from Argentina to New York City, where, on a brisk, bright Halloween afternoon the former classmates decided to stroll through the Big Apple's west side.

But the reunion turned from joyful to dreadful when a suspected ISIS militant careened down one of the city's bike paths in a rented pickup truck, plowing into city dwellers and tourists alike -- killing five of the Argentinian men.

The five were identified as Aril Erlij, Hernan Diego Mendoza, Diego Enrique Angelini, Alejandro Damian Pagnucco, and Hernan Ferruchi. They were among eight total fatalities of the attack near the World Trade Center.

"Four died at the scene and another young man died when he was taken away by an ambulance," Jose Nunez, a national deputy who was a friend of several of the men, told Argentina’s La Nacion newspaper.

The victims were among eight friends who traveled to New York City to celebrate the 30th anniversary of their 1987 graduation from the Polytechnic School of Rosario, Argentina.

Argentina's consul in New York, Mateo Estreme, told La Capital in Rosario that the survivors in the Argentine group were in a state of shock. Only days earlier, before flying to the U.S., they had posed for a group photo, all of them wearing T-shirts with the word "Libre," or Free.

The government said it expressed its most sincere condolences and that all Argentines were sharing in a terrible moment of sadness.

The suspect in the truck attack was identified as Sayfullo Saipov, an Uzbek national.

Officials launched an investigation into the attack, the deadliest in New York City since 9/11, and were also probing possible ties to ISIS after Saipov was found to have notes pledging his support to the terror group.