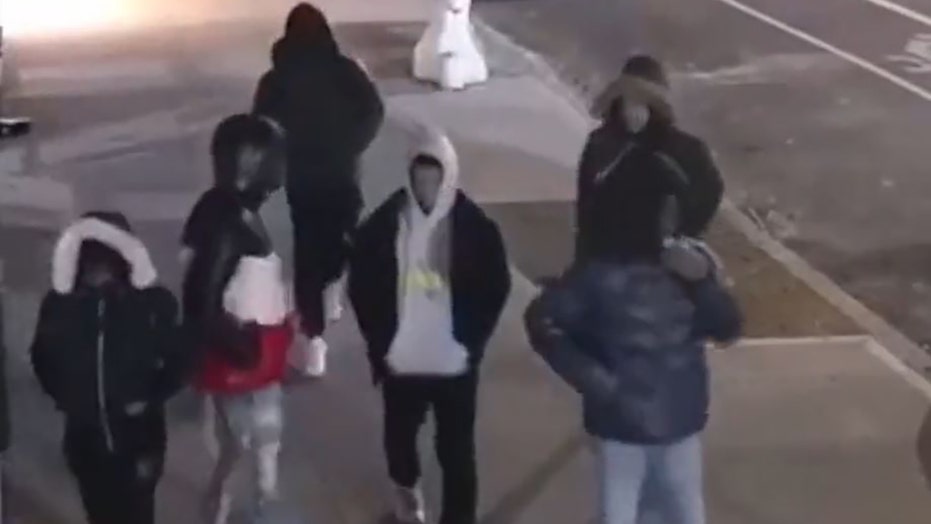 A 16-year-old in New York City has been arrested in connection to a hate crime assault after a group of teens attacked a Hasidic man in Brooklyn on Friday night, authorities said.

The unprovoked attack happened just before 8 p.m. on Gerry Street in the Williamsburg neighborhood when a group of six unidentified males approached a 21-year-old man dressed in Hasidic attire, police said. No words were exchanged between the group and the victim prior to the attack.

The attackers punched and kicked the victim all over his body and forced him to the ground before fleeing the scene in an unknown direction. The victim sustained minor injuries to his mouth and was treated at the scene for minor injuries, police said.

Police released surveillance video of the suspects walking and a second clip of the group appearing to attack the victim.

The 16-year-old male was charged with gang assault and assault as a hate crime. Police are still searching for the other five suspects.

The attackers punched and kicked the victim all over his body and forced him to the ground before fleeing the scene in an unknown direction, police said. (NYPD Crime Stoppers)

As of March 27, hate crimes citywide have risen 59.2% year-to-date, with public NYPD data showing that 121 have been reported so far this year compared to 76 during the same period last year.

The Anti-Defamation League of New York / New Jersey (ADL NY/NJ) was offering up to $10,000 for information that leads to the arrests and convictions of those responsible for the unprovoked attack.

"We are shocked at the viciousness of the images of this incident that have been distributed over social media and other means," said Scott Richman, ADL NY/NJ Regional Director. "Nobody should be subjected to hateful violence on the streets of New York."