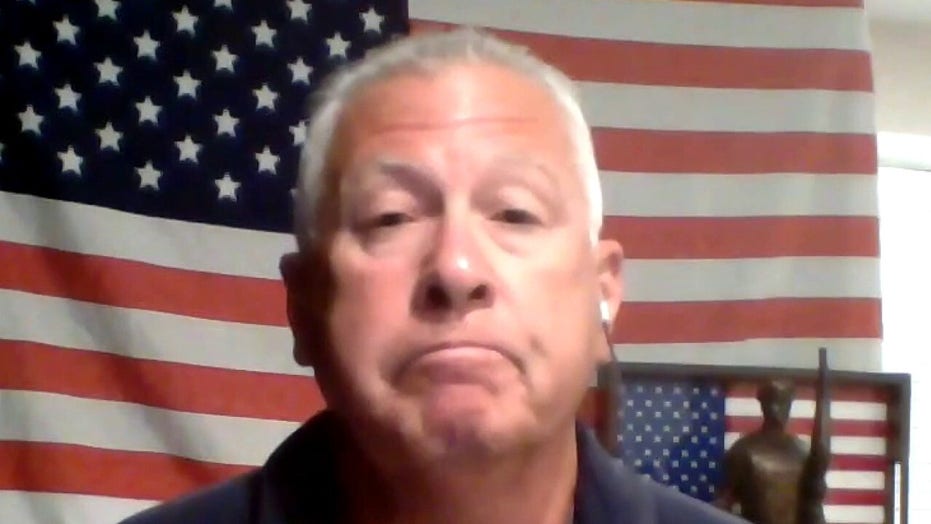 Retired NYPD Lt. Joe Cardinale on potential criminals thinking they can get away with crimes.

Startling police video shows the moment a man pulls out a gun and shoots a shopper inside a Staten Island, N.Y., deli — all while a different customer stands in the middle of the two.

The New York Police Department released the shocking video on Twitter late Tuesday, showing the gunman walking around the Holland Ave Deli around 9:30 p.m. on July 22 before turning toward his 25-year-old victim, police said.

As the gunman points the gun at his target, another person who stands between them ducks, barely missing the bullet as glass shatters, the video shows.

Police said the victim, identified as Kaseem Scott, was shot in the chest and rushed to an area hospital, but could not be saved.

Scott lived less than 600 feet from where he was gunned down, police said. His attacker is still on the loose.

Murders citywide are up 180 percent year-over-year, with 14 reported between July 20 and July 26, compared to the five murders reccorded during that same period in 2019, according to NYPD data.

Shooting incidents have also spiked by over 175 percent. From July 20 to July 26, there were 47 shootings with 53 victims, compared to the 17 shootings and 19 victims during that time in 2019.

Staten Island itself has also seen an increase in murders and shooting incidents. Between July 20 and July 26, police data shows three murders and four shooting victims. Neither crime had reported any incident in the borough during that time frame in 2019.