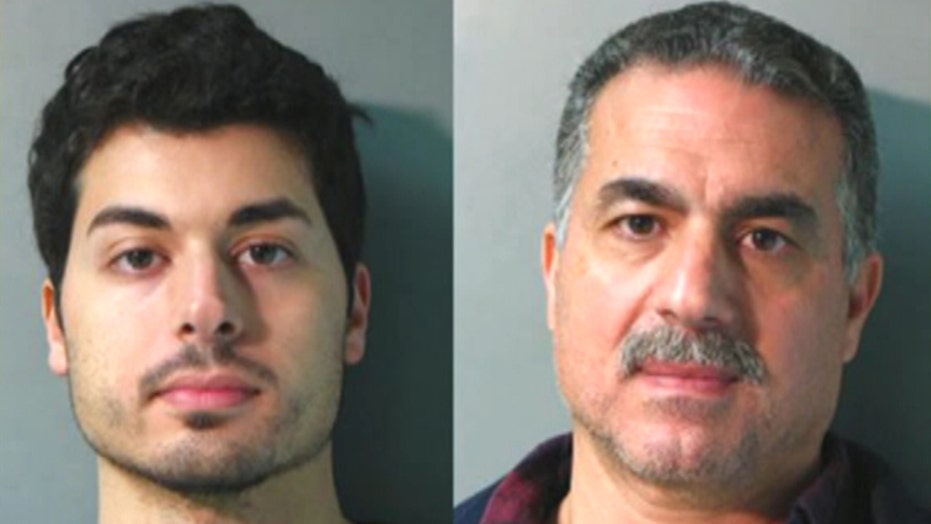 Police on Long Island have accused a deli owner and his son of trying to cheat a millon-dollar lottery winner out of the vast majority of his rightful prize.

According to police, a 34-year-old man who did not speak English went to the Peninsula Deli and Grocery in Hempstead, N.Y. Thursday to claim his winnings. When 26-year-old clerk Karim Jaghab scanned the card, he got a message reading ""File claim: jackpot winner – please return original ticket to the customer along with a claim receipt," which meant that the man had won $1 million.

Instead of doing what the message instructed, however, Jaghab told the man that he'd only won $1,000, which he paid out in cash.

The next day, the man became suspicious and returned to the store. When he confronted Jaghab, the clerk allegedly told him "OK, I will pay you $10,000 as long as you don’t involve the police." Jaghab's father, 57-year-old, Nabil, also insisted that the man had only won $10,000, but the unlucky winner called the police.

Both Jaghabs have been charged with grand larceny Saturday in Nassau County First District Court. Their lawyer, Matthew Fleischer, claimed to CBS New York that the lottery machine in the store was not working properly.