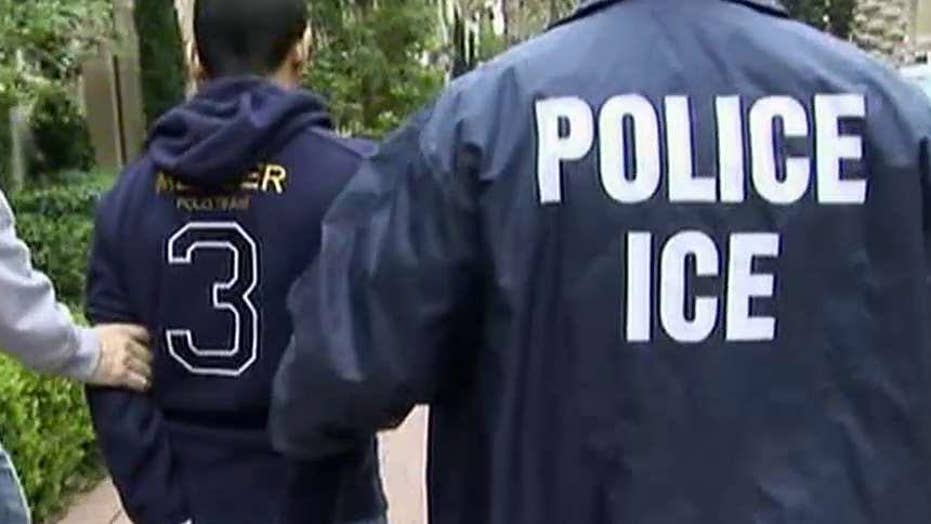 The deportation debate on the campaign trail

Saying the district doesn’t want to “close the door on their dreams,” state Education Commissioner MaryEllen Elia explained those eligible for the teaching certification came to America as children.

“They are American in every way but immigration status,” said Elia. “They’ve done everything right. They’ve worked hard in school, some have even served in the military, but when it’s time to apply for a license, they’re told, ‘Stop. That’s far enough.’”

The regents oversee 3.2 million students in 700 school districts as well as 7,000 libraries, 900 museums and 52 professions requiring more than 850,000 licensees. The controversial decision also enables the board to award licenses to illegal aliens in at total of 54 professions, including engineers, pharmacists and dentistry.

But the decision doesn’t sit well with many who believe the policy violates federal law and prevents lawful citizens from getting jobs they are qualified for.

“It is bad public policy,” said Hans von Spakovsky, senior legal fellow at the Washington D.C.-based Heritage Foundation, and a former U.S. Justice Department attorney. “It is a violation of federal immigration law.”

Under federal law, all employers are required to check that anyone they are hiring is either a citizen of the United States or a here legally who has permission to work, Spakovsky noted.

President Obama opened the door to the policy after he established the 2012 Deferred Action for Childhood program, which allows some illegal immigrants meeting specific criteria, including being in the U.S. since childhood, to stay in the country to pursue their education or work.

In July 2015 to promote the policy, The White House recognized nine illegal immigrants school teachers from around the country, calling them “Champions for Change” in a press release from administration.

School districts in other states, such as Texas and Colorado, allow undocumented immigrants to become licensed teachers.

The Denver Public School district in Colorado was the first in the nation to recruit illegal immigrants as teachers, according to NBC’s Colorado affiliate, 9 News.

In New York, the Board of Regents maintained in a statement published by LoHud.com that “most of these individuals have no current mechanism to obtain legal residency, even if they have lived most of their lives in the U.S.”

While most conservatives are strongly opposed to the plan, many Democrats and free market advocates are in support.

“As for the teacher licenses, if there are individuals that do not have current legal status or a clear pathway to legal status but have the education and qualifications to teach in New York or any other state they should be approved to teach,” said Lisa Snell, director of education and child welfare at Reason Foundation, a nonprofit think tank advancing free minds and free markets.

There is currently a teacher shortage in many states, Snell said, adding it serves no one to restrict well-qualified candidates that are entangled with the immigration system in the United States.

“As long as they receive the same vetting as other candidates, there is no reason to exclude them from teaching,” Snell said.

New York Assembly Speaker Carl Heastie, a Democrat, said in a statement that the plan, which will likely be approved at the next board meeting in May and go into effect in June, is “a tremendous win for New York’s students.”

But some immigration policy reform advocates, including Jessica Vaughan, the director of Policy Studies for the Center for Immigration Studies, a Washington-based research institute that examines the impact of immigration on American society, strongly disagree with the plan.

“Teaching is not a job that Americans won’t or can’t do,"Vaughan said. "Instead of enticing illegal immigrants to work in the public schools, the government of New York should be recruiting from the many talented homegrown young people to become teachers."