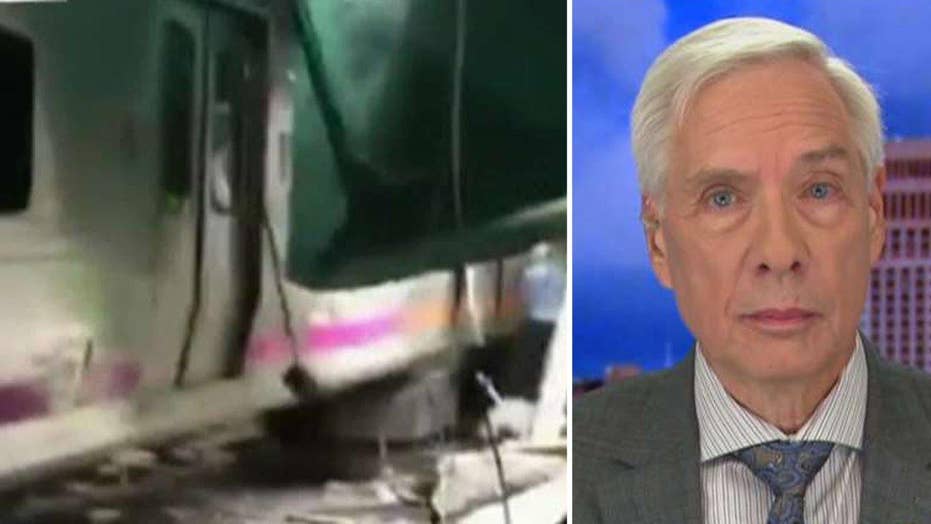 How investigators will determine what caused NJ train crash

HOBOKEN, N.J. – One event recorder recovered so far from the new Jersey Transit commuter train that crashed in Hoboken killing one and injuring more than 100 more was not functioning on the day of the accident, officials said Sunday.

The locomotive's recorder has information on train speed.

National Transportation Safety Board vice chair T. Bella Dinh-Zarr said she's hopeful the data recorder in the cab control car in the front of the train is functional. Investigators haven't been able to extract that recorder because it's under a collapsed section of the train station's roof.

Investigators said the conductor said he didn't see anything unusual about the speed of the train.

The signals on the tracks leading to Hoboken Terminal appear to be working normally and officials completed a walking inspection of the track, finding nothing that would have affected the performance of the train, the NTSB said in an update Saturday. Investigators have obtained video from other trains that were inside the train station when the crash occurred.

Signs posted at a New Jersey Transit maintenance facility in Hoboken, dated February, said there had been 10 incidents involving trains in the prior two months, including five derailments. The sign said the "serious incidents reflect a dangerous trend" and that the main cause of the incidents appeared to be caused by human error.

A spokesman for New Jersey Transit didn't immediately respond to a request for comment.

New Jersey Transit trains have been involved in more than 150 accidents that caused more than $4.8 million in damage to tracks or equipment since 2011, and the commuter rail has paid more than $500,000 to settle safety violations, according to federal data.

Federal Railroad Administration information shows that NJ Transit settled 183 safety violations — ranging from employee drug and alcohol use to violations of railroad operating rules or practices — since Jan. 1, 2011. The settlement payments include about $70,000 for more than a dozen safety violations in 2014 and 2015. Statistics for the current year are not yet available.

The official, who was familiar with the railroad administration audit, spoke to The Associated Press on condition of anonymity because the official wasn't authorized to speak publicly about an ongoing investigation.

The railroad administration began an audit in June after noticing an uptick in rail incidents and found "dozens of safety violations" that needed to be fixed immediately, the official said. The commuter rail agency was fined as a result of the audit, the official said, adding that federal agencies are continuing to work with the railroad to ensure compliance with federal rail safety guidelines.

There were 25 accidents in 2015 and 10 in the first seven months of 2016, but none caused injuries or death, federal data showed. Most of the incidents occurred at low speeds and more than half were in train yards.