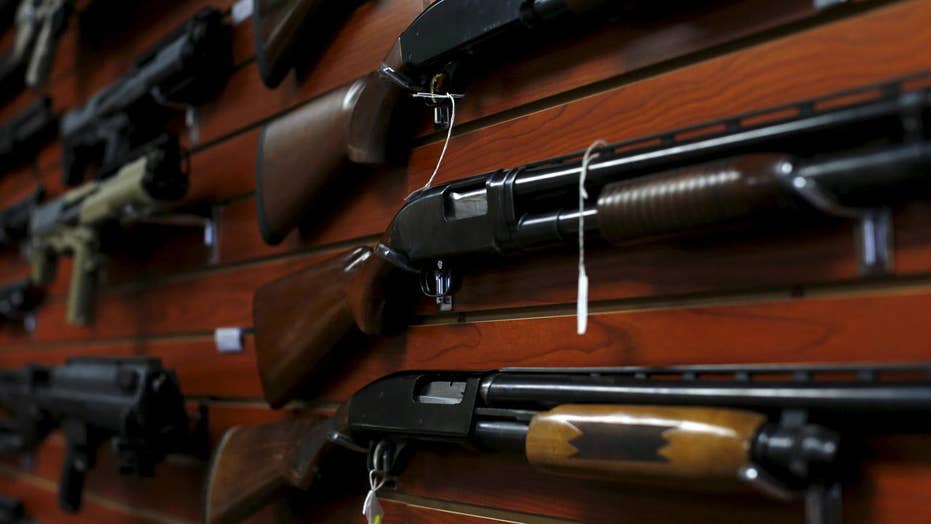 While many states have become more gun-friendly in recent years – passing laws that allow for open and concealed carry – California has not. In fact, the state has passed a series of laws that have basically made the Golden State the capital of gun control.

Now the state affiliate of the National Rifle Association is firing back.

The California Rifle and Pistol Association on Monday filed a lawsuit aimed at overturning a sweeping set of bills signed into law last year by California Gov. Jerry Brown. The group has planned to challenge different aspects of the California law, which passed following the mass shootings in San Bernardino, which killed 14 people, and in Orlando, which killed 49.

Monday’s lawsuit deals with the state's ban on almost every style of the so-called assault rifle, including the nation's most popular: the AR-15.

In January, any assault-style weapon with an easily detachable magazine became illegal.

The lawsuit says this is unconstitutional, not just because it will do nothing to stop violent criminals, but because it infringes on the Second Amendment.

The California Rifle and Pistol Association filed the suit in federal court in Santa Ana and said it plans to file others in the coming days and weeks.

“They're coming at gun ownership from every angle,” said Chuck Michel of the California Rifle and Pistol Association. “The whole PR campaigns to demonize gun owners. It's all completely inappropriate and it's part of an agenda that I think the Trump administration rejects.”

The group also plans to challenge a state law that bans high-capacity magazines that hold more than 10 rounds, and other gun control laws passed last year.

California’s laws limited handgun purchases to one a month, expanded the gun sale waiting period to 10 days and required a background check on all ammunition purchases.

“The Constitutional right to keep and bear arms does not mean that convicted felons, that other very dangerous people, have the same rights to carry deadly weapons in public that law-abiding Americans do,” said Adam Skaggs, litigation director for the Law Center to Prevent Gun Violence. “And background checks are simply a very simple means of ensuring that guns and in California's case, ammunition, don't fall into dangerous hands.”

Most courts have held that the Second Amendment does protect an individual’s right to keep and bear arms – but the right is not absolute.

The NRA affiliate likely waited for the appointment of Neil Gorsuch to the Supreme Court to file its suit. Gorsuch, like former Supreme Court Justice Antonin Scalia, is generally seen as friend to the Second Amendment.

Senate President Pro Tem Kevin de León, D-Los Angeles, who pushed heavily to pass the laws, told the Los Angeles Times that he was confident they would stand up in court.

“Background checks and other guns laws California has enacted have saved lives and are key in making our mortality rate one of the lowest in the nation,” de León told the Times in a statement. “I am confident that the courts will reject the NRA’s arguments, just as our voters did in November, and uphold California’s right to implement common-sense policies to protect its people.”