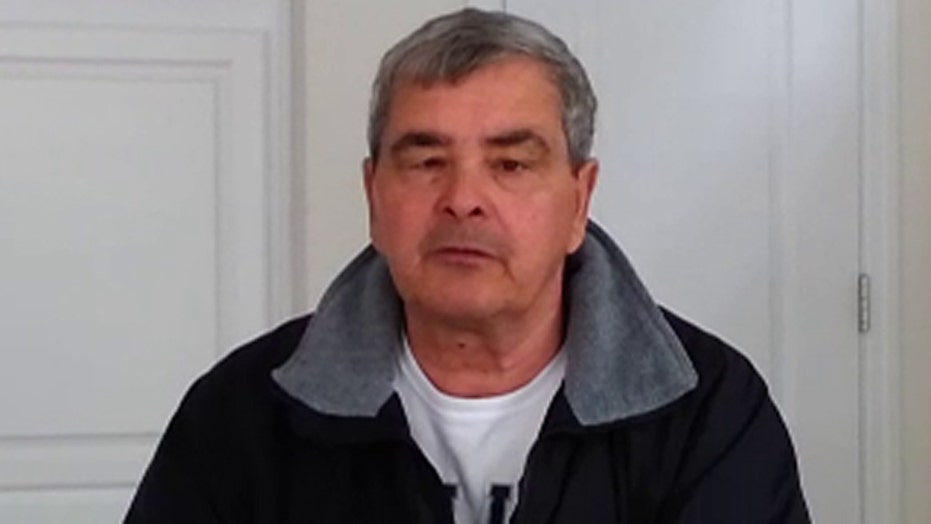 Sandy victim: No fun living out of suitcase for last 2 years

John and Sandra Morris's new home arrived in four pieces a year and half after the storm known as Sandy left the old one in a million, but their long fight to reclaim their old life in an idyllic New York beach community was far from over.

A furious onslaught of wind, water and fire on Oct. 29, 2012, rendered the Breezy Point, New York, home they'd shared for 20 years and raised three children in, a smoldering mound of charred and splintered wood, twisted aluminum and memories ravaged by nature's most dangerous elements. The storm made landfall 130 miles south, slamming into the in New Jersey shoreline and carving a path of destruction up the East Coast. In all, it was blamed for at least 180 deaths on U.S. soil and caused $65 billion in property damage, making it the second-costliest storm in American history.

But while thousands of homes were destroyed and millions left without power by the same gales and flooding that devastated Breezy Point, the Morrises were among 130 residents whose houses were finished off by flames.

"Burnt to the ground," he said, recalling the freak electrical fire that tore through the cluster of homes like cruel overkill. "I recognized it by the awning. It was green with white."

In the aftermath, they lived out of suitcases, slept on couches and even moved to Florida as they planned their return to the small beach town few tourists ever see. But even the flatbed trucks that brought a prefabricated home from a warehouse in Pennsylvania did not bring back their lives. Rebuilding in this close-knit, one-grocery-store community that became the poster child for Sandy's devastation would continue to prove elusive even as the months turned into years.

A contractor promised them the modular home, complete with electric and plumbing for $70,000. When it arrived on May 31, and was quickly assembled, it seemed their old life was back within reach. Then the contractors melted away.

“They just left,” John Morris, 68, said. The home had no electricity, heat or plumbing and the contractor, ALT Design & Construction Consulting, stopped answering the phone.

Contractor Andrew Troiano defended his work on the house, telling FoxNews.com he only moved on from the project when the couple told him they wanted to await financing from city programs to pay him, leaving him in a cash-flow bind. He said several post-Sandy projects his 30-year-old company worked on fell through in the months following the storm, amid insurance claims disputes and other problems. Rather than cash in on the bonanza of construction work, Troiano said his business actually suffered from the Sandy fallout.

"It's a small community, and rumors spread," said Troiano.

The Morrises, along with 119 other property owners affected by the fire, are part of a consolidated lawsuit for $80 million that was filed in July 2013 against two utilities, Long Island Power Associated and National Grid. They claim the fire started because the utilities did not shut down power in the area despite evacuation orders. The legal fight with utilities, and simultaneous clashes with contractors and insurance companies, is all part of the frustrating and heartbreaking process of trying to get back to normal.

"An insurance agent once told me that losing your home is like a death," Morris said. "And I could see that now. Nothing's your own.

"You live your life, and it almost feels like it's not yours."

The Morrises, who have most recently been staying with one of their daughters, who also lives at Breezy Point, have secured loans to complete their home and hope to move in within a few weeks.

"We're not sleeping, and you can't point everything on old age," Sandra said. "It turned our lives upside down."

The community that once boasted slightly below 3,000 homes is slowly coming back, as hundreds of other families fight similar battles. Joan Fitzgerald, who has worked at the St. Thomas Moore rectory for 20 years, said she keeps tabs on the amount of returning parishioners by counting Sunday's weekly offering cards. They show a gradual trickle of residents returning to Breezy Point.

Arthur Lighthall, the Breezy Point Cooperative general manager, said about 60 percent of the homes in the community are up and running. He said a promising sign is that all of the residents, whether they are back or not, are up to date with their co-op dues.

"It shows people have the desire to come back," he said.

Lighthall said the most familiar complaint from residents are building permit issues and and insurance problems. City programs like Build It Back is exceedingly unpopular in the area.

"Build It Back did nothing," Fitzgerald said.

New York Mayor Bill de Blaiso overhauled the program and over 4,000 residents citywide have accepted an offer from the program. There have been 727 construction starts in the city and 878 reimbursement checks sent out, the city said, compared to zero at the beginning of the year.

Kim Leib, whose family owns the community's only hardware store and is constantly reminded of her neighbors' efforts to rebuild, said not everyone will make it back to Breezy Point.

"What makes me the saddest is thinking about the elderly who were sent to assisted living homes," said Leib, 60, her eyes welling up with tears. "They probably won't ever come back."

Leib herself was taken for a ride by a California construction company that she said promised her a new house based on fundraising drives and strung her along for two years. She lived in Westchester County for a while and commuted two hours each way to the store, six days a week. For now, she is living in an apartment in nearby Rockaway and considering an SBA loan that will "pretty much mean I will pay it off till I'm well into my 90s."

She works less than a mile from her old home, but never drives past it.

"Too painful," she said.

Gerard Casey, the owner of Kennedy's Restaurant, will reopen for business exactly two years after the storm hit. The anniversary instilled a sense of urgency to open the restaurant, which sits on the bayside and offers sweeping views of daily sunsets on Staten Island and unencumbered views of lower Manhattan. Casey said he couldn't walk away from the community after 30 years.

"It would never have been right," he said. "I knew it the day after the storm. We'd be back."