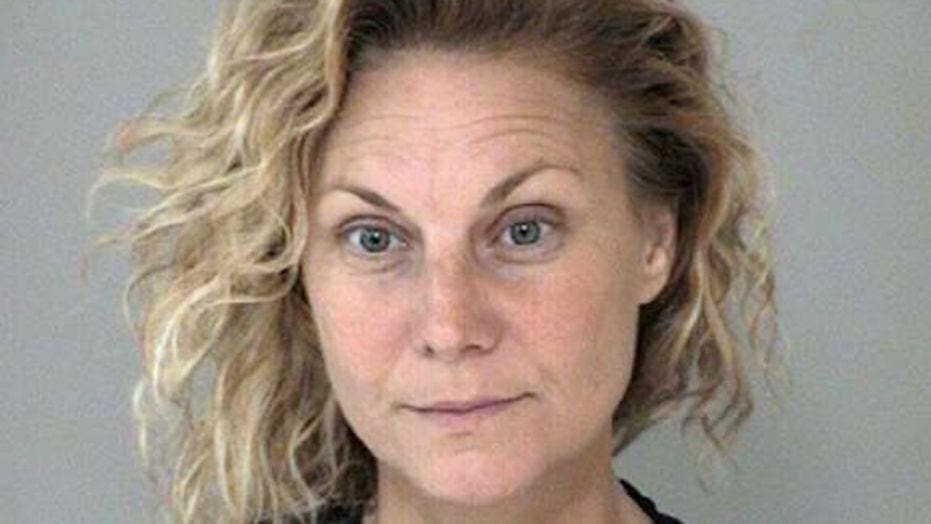 A North Carolina woman was sentenced to 20 years in prison for tampering with evidence, or in this case, the corpse of her husband’s ex-girlfriend. She and her husband reportedly used acid and alligators in an attempt to hide the dead body.

A woman serving time for murdering her husband’s ex-girlfriend was convicted in a separate case last week of tampering with evidence, using acid and alligators in an attempt to get rid of the victim’s body.

Amanda Hayes, 46, was sentenced to 20 years in prison last week for tampering with evidence - or in this case, the corpse of her husband’s ex-girlfriend, 27-year-old Laura Ackerson - the Fort Bend County District Attorney’s Office announced on Tuesday.

In 2011, Hayes and her husband, Grant, killed Ackerson in their home in Raleigh, North Carolina, before dismembering her and transporting her body parts in coolers to Hayes’ sister’s home in Richmond, Texas, according to the district attorney’s office.

“Once in Richmond, the couple first attempted to use muriatic acid to destroy Ackerson’s body. When that didn’t work, they took a boat onto Oyster Creek and dumped Laura’s body parts into the water with hopes that alligators would eat her remains,” the statement reads.

Hayes and her husband were convicted in 2014 of killing and dismembering Ackerson. Hayes is already serving a 13- to 16-year sentence in North Carolina after being convicted of second degree murder, while Grant is serving life in prison.

Ackerson was in a custody battle with Grant around the time of her murder, WRAL News reported in 2011.

In her defense, Hayes testified that “she didn’t kill Ackerson and only helped get rid of her body in Texas because her husband threatened her if she didn’t help.”

Judge Maggie Jaramillo later sentenced her “to the maximum possible punishment of 20 years in prison.”

“The jury verdict was swift and the court’s sentence was appropriately harsh,” lead prosecutor Amanda Bolin said in an online statement. “Laura Ackerson’s family can be assured that Amanda Hayes will be punished for all of her barbaric behavior – whether it was in North Carolina or the great state of Texas.”