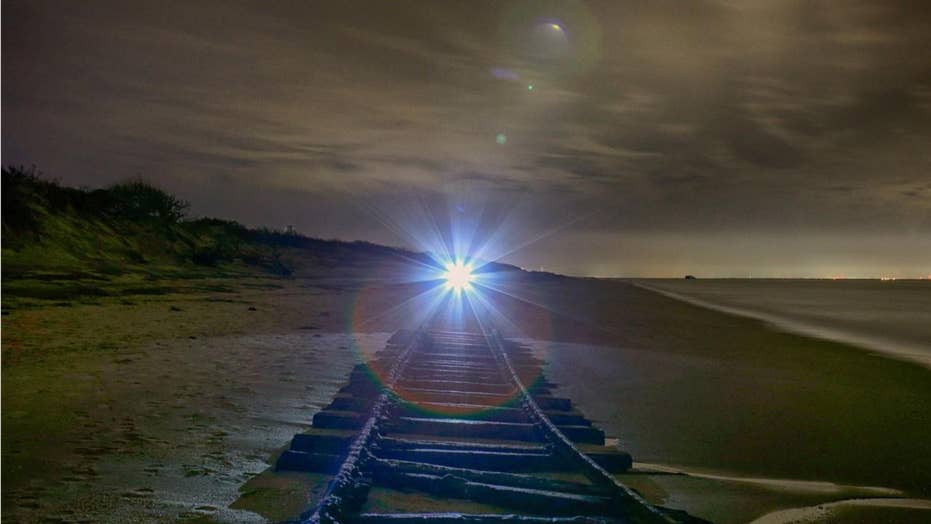 The famed ghost tracks of Cape May' have been uncovered by the recent nor’easter that pummeled the east coast. The 30 feet of steel track on Higbee Beach is all that remains of a rail line that once served as support for sand mining and munitions testing facilities during World War I.

The famed “ghost tracks” seen every so often on a New Jersey beach reappeared over the weekend after a nor’easter hit the East Coast, washing away enough sand to reveal the rare piece of history.

The tracks on Higbee Beach in Cape May County were discovered by residents walking along the beach during the weekend. The tracks reappear during low tide or when a storm hits the area.

"It feels sort of like you came across buried treasure," Samantha Heely told NJ.com.

The part that was uncovered this weekend appeared to be more intact than a segment seen last summer. Several nearby residents have flocked to the beach to get a snap of the tracks.

The tracks were used during World War I. (Nancy Rothhammer Dietrich)

"It was even better this time because I knew what I was looking at," Heely said. "I know some of their history, I know that this eerie thing happens every now and again and I know where to look."

The ghost tracks are all that remains of a rail line that once served as support for sand mining and munitions testing facilities during World War I, according to NJ.com. They were often used throughout the early and mid-1900s to mine sand from the beach and ocean. The sand would then be used to create glass or cement.

When the rail line was put out of use, the tides washed sand over the tracks. It’s unclear if Tuesday’s nor’easter will uncover more of the historic “ghost tracks” -- or bury them even deeper.

The tracks can only be seen either during low tide or after a major storm. (Nancy Rothhammer Dietrich)