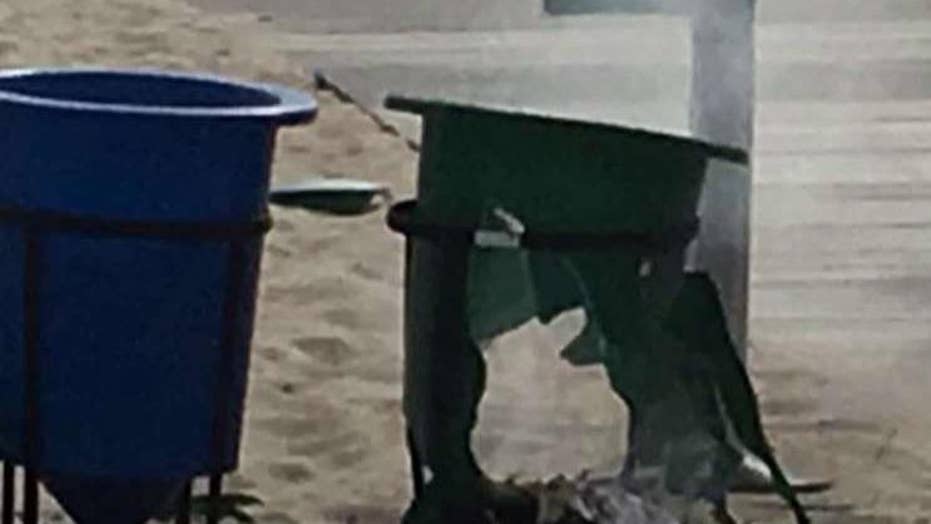 No injuries reported in the blast

Authorities evacuated dozens of homes for hours after a pipe bomb exploded in a Jersey Shore town Saturday morning where thousands of people were about to participate in a charity 5K race to benefit Marines and sailors.

Investigators said they would not rule out terrorism as a possible cause. No injuries were reported in the blast in Seaside Park around 9:30 a.m., officials said.

The third annual “Semper Five” run was canceled. The pipe bomb was in a plastic garbage can when it exploded.

Authorities immediately cleared the boardwalk and beach area and bomb-sniffing dogs were being used to search the area.

Investigators found other devices “wired together” in the same garbage can that did not detonate, a spokesman for the Ocean County Prosecutor’s Office told the Newark Star-Ledger.

“We’ve evacuated within a four-block perimeter,” spokesman Al Della Fave told the Star-Ledger. “Traffic into Seaside Park is closed, but (motorists) are allowed to go to Seaside Heights.”

Officials said runners were expected to pass by the area around the time the blast occurred, but the start of the race had been delayed after an unattended backpack was found.

"We have various K9s throughout the area, bomb dogs that are making sure the area is safe and secure,” a law enforcement official told WCBS 880.

The FBI, the Department of Homeland Security, the Bureau of Alcohol, Tobacco, Firearms and Explosives and New Jersey state police were part of the investigation into the incident.