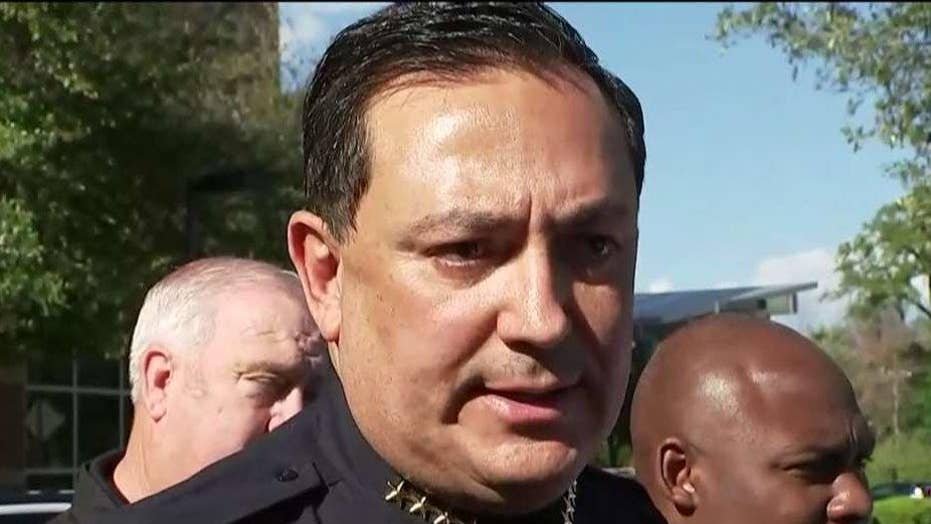 A hospital in Houston was locked down for nearly two hours Tuesday after getting reports of shots fired, but no evidence of an actual shooting or gunman was found inside, officials said.

Houston Police Chief Art Acevedo told reporters all six floors of the Ben Taub Hospital, including the basement, were searched by SWAT teams before they were cleared. Police dogs trained to detect gunfire found no evidence, according to Acevedo.

"I can't say there was no shooting," Acevedo said. "I am confident if there was a threat, that threat is not present here now. We have thoroughly searched this facility on more than one occasion. There is no reason to fear."

Acevedo said a SWAT will remain on every floor of the hospital as a precaution.

The police chief said authorities received "multiple reports" of a white male of an unknown age described as the suspect around 1:58 p.m. local time.

"It's a hospital," he said. "Who knows what the bangs were?"

Authorities are checking security cameras, in addition to interviewing those that called 911, to figure out what exactly sparked the commotion.

Acevedo praised the response time of the law enforcement to the scene and quickly securing the area.

"It's clear when you have active shooters, they wreak a lot of havoc and injure a lot of folks," he told reporters.

Television images from helicopters showed dozens of employees leaving the hospital, some of them attending to patients who were evacuated on gurneys or in wheelchairs.

Ben Taub Hospital is one of the hospitals that's part of the Houston's Texas Medical Center and one of the major trauma centers in Houston.

Houston police and the Harris County Sheriff's Office dealt with a previous shooting inside Ben Taub Hospital on the fifth floor on Oct. 5, 2016, when a deputy was forced to shoot a suspect, according to Fox 26.

The suspect in the previous shooting was in HCSO custody for a probation revocation hearing, and was brought to the hospital after complaining about seizures.