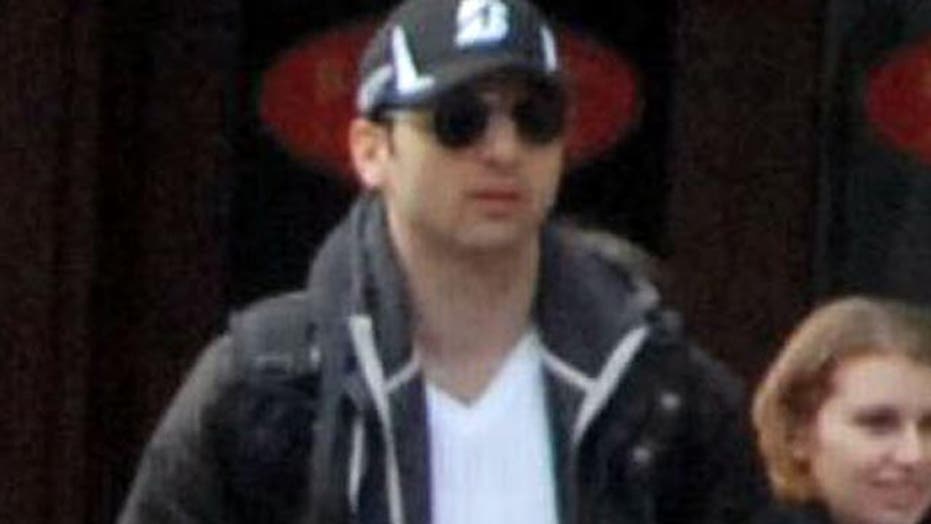 Internal review of intel on Tamerlan Tsarnaev before attack

Investigators have found no evidence -- so far -- that Boston bomber Tamerlan Tsarnaev was radicalized before the FBI interviewed him in spring 2011, two sources tell Fox News.

The FBI investigation ran from March through June 2011 after the bureau was contacted by the Russian Security Services, which said Tsarnaev and his mother were followers of radical Islam.

The two sources, one within the intelligence community and the other a congressional source, both of whom would not discuss the investigation on the record, emphasized that the U.S. went back to the Russian authorities three times seeking more detail on the elder Tsarnaev brother, but it was only within the last week that Russia's wiretap evidence was presented to U.S. authorities.

When Tsarnaev from his six months in Russia, in July 2012, the following month he established his own YouTube channel with links to known Islamist groups, including the Caucasus Emirate. According to the two sources, no evidence has been found that Tsarnaev "created his own media, including video recordings," which is seen by the intelligence community as an indicator or marker of radicalization.

Tsarnaev, 26, died in an escape attempt following the Boston Marathon bombings, which killed three and injured more than 200. His younger brother, Dzhokhar Tsarnaev, 19, is suspected of helping to carry out the attack. He was caught alive but wounded and now faces a charge of use of a weapon of mass destruction.

Fox News was told that computers have been recovered, and the brothers had not "wiped" or cleared the hard drives in advance of the Boston attacks.

Russian media report that there is a potential connection between Tamerlan Tsarnaev and a Canadian citizen, William Plotnikov, a suspected jihadist who was killed by the Russian security services in July 2012.

"The story of William Plotnikov, a Canadian boxer who converted to Islam, became radicalized and joined the jihad in Chechnya, bears a striking resemblance to that of Tamerlin Tsarnaev," Rep. Adam Schiff, a senior member of the House Intelligence Committee, said in a written statement. "We will certainly want to know whether the two ever met, and whether Plotnikov's killing by Russian forces prompted Tamerlan to leave Dagestan shortly thereafter. This is just one of the more intriguing leads to come out of the region."

A source familiar with the overseas investigation told Fox News that "every thread is being pulled" but the Russian media reporting is being approached with some skepticism until there are other, independent accounts.