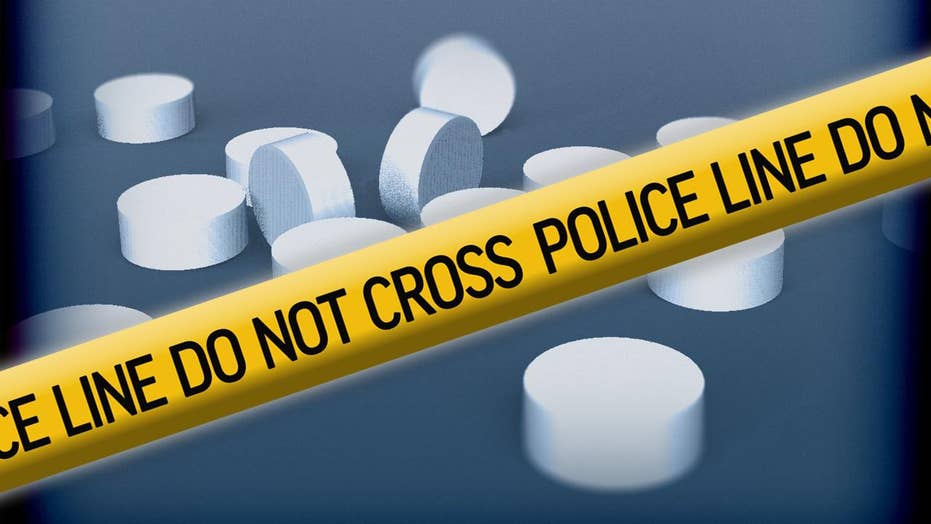 Dakota Kilburn was just 23-years-old when a dose of heroin claimed his life. The young father was found unresponsive in his parent's Manchester, Vermont home on November 18th, 2015.

"He said 'till you do it you'll never understand. It gets you, it holds onto you and all you ever do is want it,’" said Daniel Kilburn, Dakota's father.

"He loved being outside, he loved singing loud, he loved playing with little kids," said Maisie, Dakota's mother. "He just enjoyed life. He really did."

Intent on finding Dakota's supplier, police followed the clues to neighboring New Hampshire where two men were charged under a statute that aims to hold those who sell drugs with a 'death resulting' responsible for the loss of life.

Francis Mayhle, 25, a childhood friend, was sentenced to a year in prison. Daniel Fogg, 27, who sold Mayhle the fatal drug, which he provided to Dakota, got 6 1/2 to 14 years.

"They are literally selling poison, killing people with that poison and for them, they need to face a punishment," said Ben Agati, a senior assistant attorney general in New Hampshire. "They need to face some measure of justice."

The previously little used-charge carries up to life in prison.

"We were dealing with just an influx of overdoses, overdose deaths, misery," laments Jon DeLena, the Assistant Special Agent in Charge for the Drug Enforcement Administration, Manchester District.

Facing a rising death toll, hit hard by the opioid crisis wracking the nation, the DEA and the Attorney General's office in New Hampshire and law-enforcement across the state have launched a collaborative program that trains officers and prosecutors to treat overdoses as crime scenes.

"The syringe has become the murder weapon," DeLena said.

The approach is emerging as model for other efforts nationwide. It aims to ensure the right evidence is gathered, streamlines investigations and targets dealers whose actions claim so many lives.

"The first step is to try to figure out where this drug came from that killed this person and how do we quickly identify the source and take them off the street," DeLena said.

A strike force was created to respond 24 hours a day, packed with experts, including a prosecutor and homicide detective.

"The homicide detective looks at this a little differently and slows things down, maybe would observe things differently than we would," DeLena said.

Police officers on the scene of an overdose can call for advice or request additional manpower.

"We're able to help advise them about what's going to be usable at trial and what's not," Agati said.

A database helps to connect the dots.

"From a tragic overdose death scene to maybe two or three different cities in New Hampshire down into Massachusetts to a supplier down there," said DeLena of the trail they often follow. "We're able to arrest everybody that was involved along the chain that led to that person's death."

The approach has led to roughly a dozen "death resulting" prosecutions but some critics say aggressive arrests won't curb the crisis.

"It's going to end up saving absolutely no lives and result in millions or tens of millions of dollars being spent locking up drug dealers who will simply be replaced by other dealers," argues Ethan Nadelmann of the Drug Policy Alliance, a New York based non-profit focused on reform efforts.

But the Granite State program is gaining nationwide attention from fellow prosecutors and investigators say they've heard, through cases they're working, that traffickers are keenly aware of the efforts and are trying to avoid the Granite State.

"The abilities that we now have to investigate and hold people accountable are tremendous," Agati said.

"Too many of them,” Kilburn said, “are let go way too easily or with a slap on the wrist."