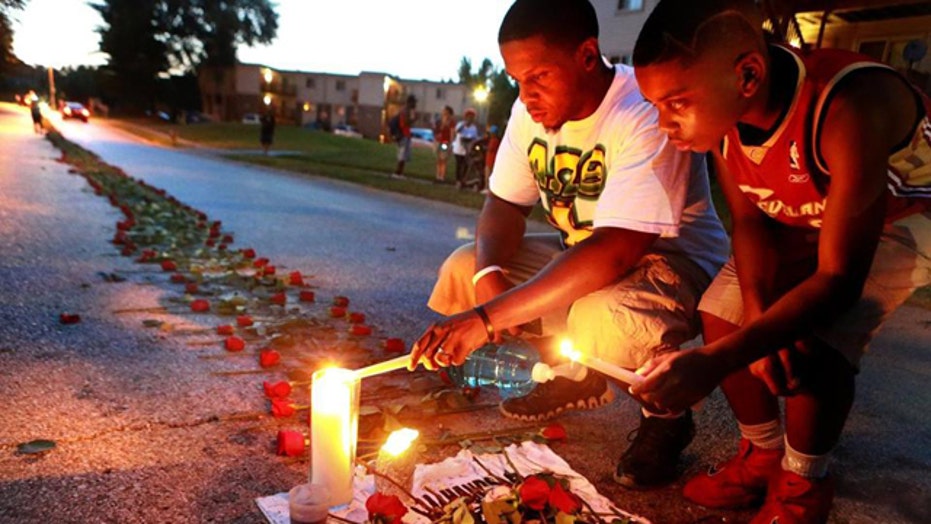 'Kelly File' investigation: Justice for all in Ferguson?

A look at the timeline of the Michael Brown shooting

CLAYTON, Mo. – Lingering questions about Michael Brown could be answered Wednesday as two news organizations seek the release of any possible juvenile records for the unarmed 18-year-old who was killed by a Missouri police officer last month.

Juvenile records are confidential in Missouri, so it's not definitively known if Brown was arrested before he legally became an adult. Police have said Brown had no adult criminal record. The family's attorney, Benjamin Crump, has refused to discuss whether Brown had a juvenile record.

The St. Louis Post-Dispatch and a California online journalist have filed separate petitions in St. Louis County Family Court to determine whether Brown had past legal trouble. Both cite an overriding public right to know Brown's background after his shooting death by Ferguson officer Darren Wilson sparked more than a week of sometimes-violent protests and drew international scrutiny.

The more basic argument boils down to the question of whether Brown's privacy rights extend beyond the grave.

The lawsuit by Charles C. Johnson of Fresno, California, cites a 1984 Missouri Court of Appeals ruling in which the juvenile records of an 18-year-old who was killed while shoplifting at a supermarket were released as part of a wrongful death lawsuit.

In that case, the mother of the young man killed after he was beaten by a store security guard in the 1979 robbery challenged a trial court's decision to release the records. They were sought by the defendants to help determine the value of the 18-year-old's lost earning capacity.

"It's a really interesting issue," said Jean Maneke, a Kansas City lawyer who is counsel to the Missouri Press Association. "It certainly is not much of a stretch to go from the case law that exists right now to that theory."

But Washington University law professor Mae Quinn, director of the school's juvenile law clinic, called the case cited by Johnson, editor-in-chief of the website GotNews.com, "completely irrelevant," since he does not have a vested legal interest in the Brown case.

"The biggest distinction is they were real parties to a real suit," she said, referring to the grocery store owners' successful challenge for the juvenile records. "There was a real dispute. That's a major distinction."

"The cited case in no way deals with release of records, much less release to a member of the general public," she added.

The efforts to obtain Brown's juvenile records -- if there are any -- have been criticized by some who say his past conduct is irrelevant to the question of whether Wilson responded with excessive force.

That issue is being considered in another Clayton courtroom by a grand jury that is also scheduled to meet Wednesday, for its third session since Prosecuting Attorney Bob McCulloch referred the Brown shooting to the secret panel.

Meanwhile, the county Family Court remains under investigation by the federal Justice Department for potential violations of juveniles' constitutional rights.

The inquiry began in November, several months after a report by the advocacy group National Juvenile Defender Center found that youths in the state's juvenile court system were "discouraged from and systematically denied" access to lawyers.

The federal probe is being led by the Justice Department's Civil Rights Division. The same unit is also investigating Wilson's fatal shooting of Brown.