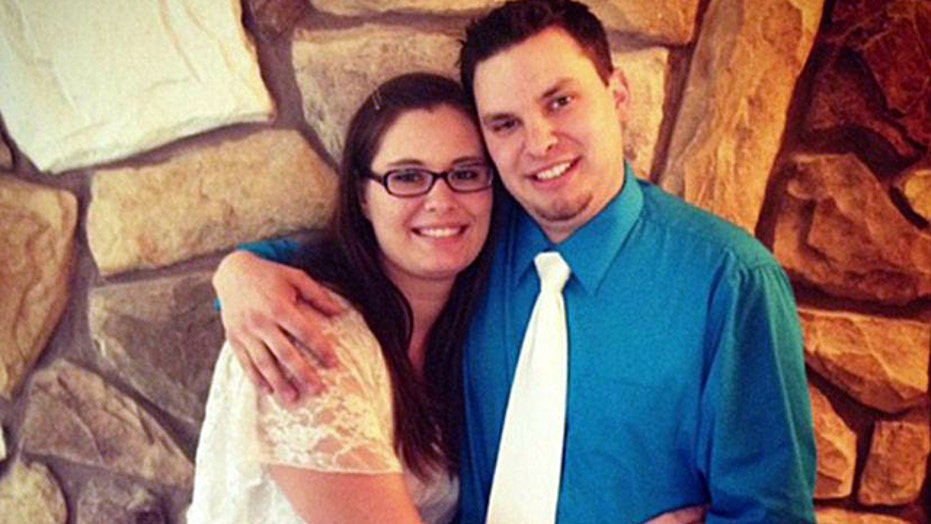 Friends were suspicious of woman who pushed husband off cliff

MISSOULA, Mont. – A federal judge has ordered a Montana newlywed to be released from jail on her own recognizance while awaiting a murder trial in the death of her husband in Glacier National Park.

U.S. Magistrate Judge Jeremiah Lynch said Thursday that Jordan Linn Graham, 22, of Kalispell did not pose a flight risk because of her strong community ties and did not appear to be a danger to others.

Graham allegedly pushed Cody Lee Johnson, 25, face-first off a cliff to his death in the national park on July 7 after the two argued. Earlier that day, prosecutors claim Graham told a friend she was having doubts about the couple’s 8-day-old marriage.

Prosecutors asked the court to reverse Graham's release, saying she poses a safety risk and has repeatedly lied to investigators.

The Missoulian newspaper reported earlier this week that a groomsman in Johnson's wedding warned him not to marry Graham after he proposed to her shortly before Christmas 2012.

"Their interaction with each other, it didn’t seem like a happy, loving relationship that you would normally see. It was just very awkward, I guess," Cameron Fredrickson told the newspaper. "She was just very distant and reserved.”

Charging documents allege Graham was having second thoughts about getting married around the time her husband's body was discovered. Graham has told an FBI agent that she and her husband had been arguing on July 7 as they walked in the Loop Trail area of the park.

At one point, she turned to walk away, but Johnson grabbed her arm, she said. She turned around, removed his hand from her arm and "due to her anger, she pushed Johnson with both hands in the back, and as a result, he fell face first off the cliff," an affidavit states.

Johnson was reported missing on July 8 when he failed to show up for work. Graham later reported that she had spotted his body.

That night she texted a friend and said she was about to talk to Johnson about her reservations about having gotten married the previous weekend.

The friend, identified only by the initials K.M., told the FBI about receiving the text from Graham just before 9 p.m. in which Graham said, "Oh well, I'm going to talk to him."

The friend responded, "I'll pray for you guys."

Graham replied, "But dead serious if u [sic] don't hear from me at all again tonight, something happened."

Another friend said Graham reported receiving an email on July 10 saying Johnson had left with three friends, went hiking, had fallen and was dead.

The next day, Graham reported to park officials that she had spotted Johnson's body. A ranger thought that was unusual, but Graham explained, "'It was a place he wanted to see before he died," authorities said.

Graham was interviewed on July 16 and acknowledged lying about her husband's death, authorities said.

"She kept continuing to lie, she kept changing her story," Johnson family friend Tracy Maness told The Missoulian newspaper. "She showed no grief and she would not speak to Cody’s mother."

Maness added that Johnson was excited about his wedding and in love with Graham.

"He was very in love with Jordan," she said. "And he was really excited about starting the next chapter of his life."

Johnson's family and friends had long suspected that his death was the result of foul play. As Maness told the paper, "Nobody is shocked at all ... She’d been telling people she knew she never wanted to be married, she just wanted to have a wedding, and that’s apparently what they were arguing about."