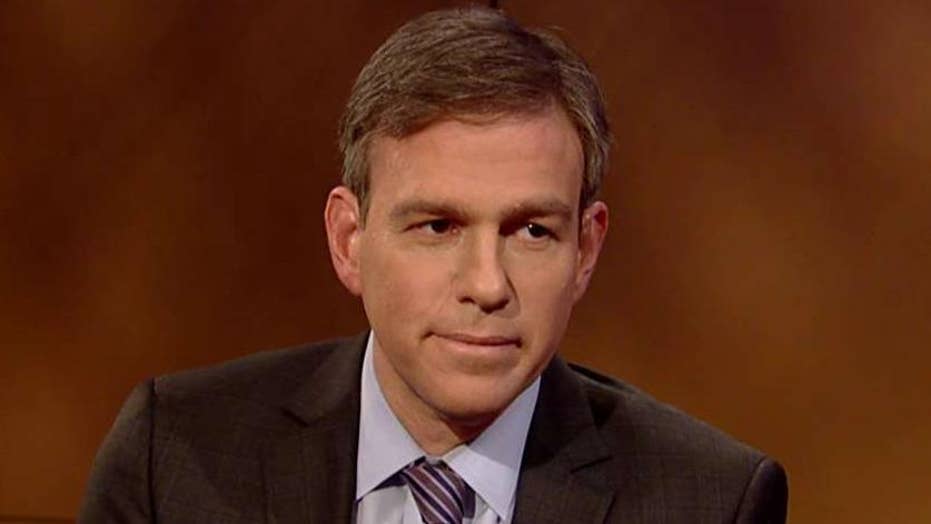 The New York Times advertises itself as providing “all the news that’s fit to print,” and now it looks as if the so-called Gray Lady aims to provide all the opinions that fit as well.

Last week the newspaper pulled a coup by hiring long-time Wall Street Journal columnist Bret Stephens. The Pulitzer Prize-winning op-ed writer was hired to widen the range of views presented to readers. Stephens is a long-time conservative columnist who during the 2016 presidential campaign emerged as a steadfast a so-called Never Trumper, writing scathing columns against then-Republican candidate Donald Trump.

Stephens, whose views on Trump align with conservative journalistic voices like National Review, will be the third conservative writer writing for the Times’ editorial pages. The newspaper also has David Brooks and Ross Douthat, who moved to the newspaper from the Weekly Standard and The Atlantic, respectively.

“They really picked the prime cherry off the tree at the Journal,” Mindy Belz, senior editor for World Magazine tells Fox News. “The New York Times is realizing that they need to diversify their shop.”

About two-thirds of the Times’ audience is “consistently or mostly liberal” according to a 2014 Pew Research Center study, which also found that a majority of conservatives distrust the paper.

“They really picked the prime cherry off the tree at the Journal.”

Despite this data, the Times has long hired strong conservative op-ed writers such as Bill Kristol, the founder of The Weekly Standard, and the late William Safire, a former speechwriter for Nixon.

Paul Glader, a journalism professor from The King’s College and former staff writer at the Wall Street Journal, says that the hire is likely a move on the Times’ part to gain a wider understanding of the country’s current zeitgeist.

“The New York Times op-ed pages are trying to understand or serve the country by hiring another conservative writer,” he tells Fox News. “It’s a blow to the Journal. I think he was the best writer on that page.”

“If they [New York Times] want to be the national newspaper they have to employ people who represent all parts of America.”

While Stephens has garnered moderate praise from the left for being anti-Trump, he has written on other topics that may anger most Times readers. His views on climate change have created the strongest backlash, so far, with liberal site ThinkProgress questioning the hire on Wednesday and calling the writer is a climate science denier.

“The New York Times —  which advertises itself as a defender of truth in the Trump era  —  just hired an extreme denier of climate science as a columnist,” reads the article.

“The scientific findings that Stephens has repeatedly dismissed as ‘imaginary’ are routinely published in the New York Times itself. And in an August job description, the New York Times called climate change ‘the most important story in the world.’ Stephens calls it ‘hysteria.’”

Stephens himself has said that he intends to keep an open mind in his new role.

“One of the chief attractions of joining The Times’s Opinion section is to participate in a journalistic enterprise that encourages a vibrant diversity of opinion,” he said in an email to The Huffington Post. “Most of us would like to think of ourselves as open-minded individuals ― so let’s not have heads explode when we encounter views with which we sharply disagree.”