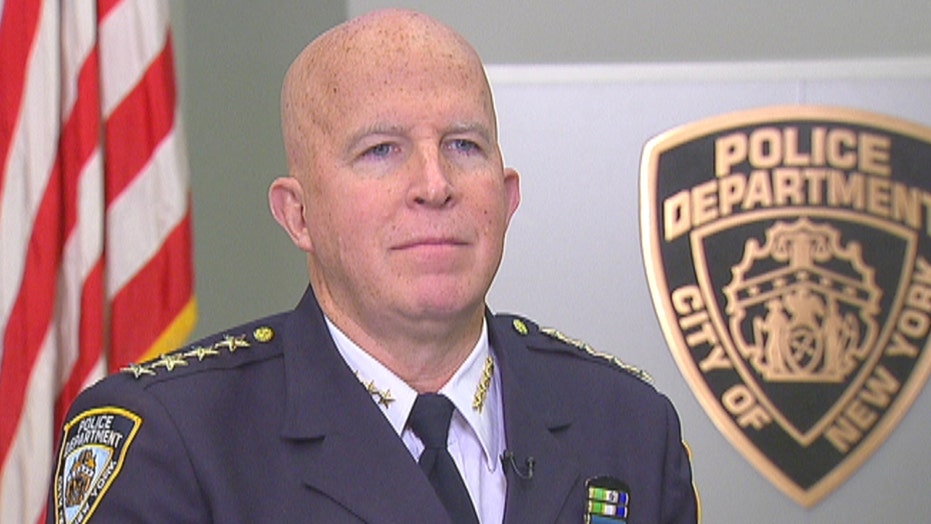 When a terrorist detonated a pressure cooker bomb on a busy Manhattan street in September, the NYPD raced to the scene with a brand new boss who still hadn't been officially sworn in.

James "Jimmy" O'Neill knew the drill, he's been on the job in New York City for more than three decades.

"I love being a cop, I love being around cops, I love what they do but did I ever think that at some point in my career I'd reach this level? No, no way," he told Fox News on one of his last days in uniform before moving onto his new role.

The new commissioner shared his vision for the nation's largest police department, and his role leading 36,000 men and women in blue and 15,000 civilian employees, along with the challenges his officers face on the streets every day.

O'Neill replaced Bill Bratton, who left the department for a job in the private sector.

Similar to Bratton, O'Neill is a longtime supporter of community policing, encouraging officers to get to know the people in the neighborhoods they patrol while using discretion when writing summons and establishing trust so civilians can be partners in fighting crime.

"We are great at identifying where hotspots are but I think we will be even better if the community is actively involved in that," he told Fox News. "Who knows better what the problems are on a block then the people who actually live on that block."