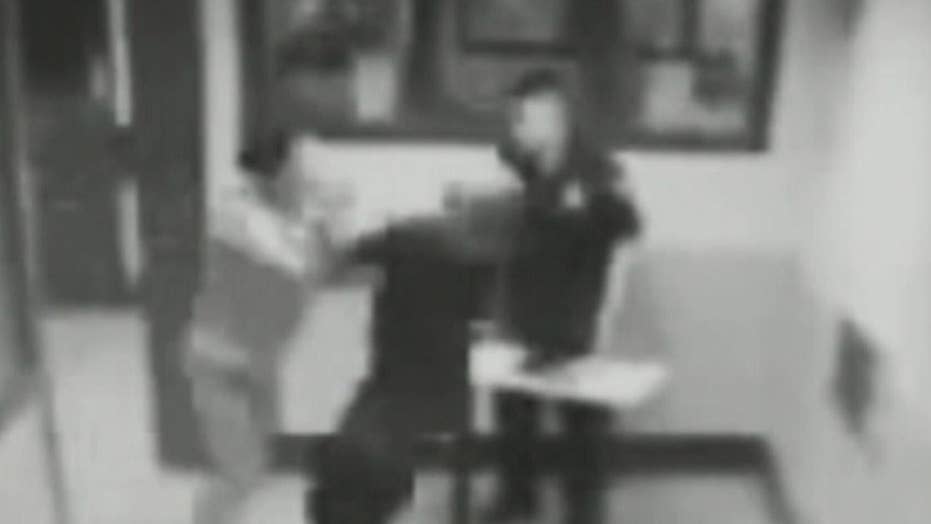 Media reports said the officer had suffered a broken neck or "fractured spine."

According to internal records, the beating took place in the George Motchan Detention Center around 6:30 p.m. A known Bloods gang member -- identified as Steven Espinal -- struck the officer in the head before five other inmates joined in, the New York Daily News reported.

A jail insider reportedly overheard Espinal planning the attack while talking on the phone earlier Saturday, the Daily News reported.

Jail officer unions have slammed New York City Mayor Bill de Blasio for enacting policies that they say have facilitated more violence in the prison. In 2015, De Blasio ended solitary confinement for inmates 21 and younger, and instead ordered them sent them to "Transitional Restoration Units" for counseling.

All of the inmates in Saturday's attack were 21 or younger, said Elias Husamudeen, president of the Correction Officers Benevolent Association.

“The mayor’s policies are going to get one of us killed,” he said. “Tomorrow they will get visits and shop in the commissary like everyone else.”