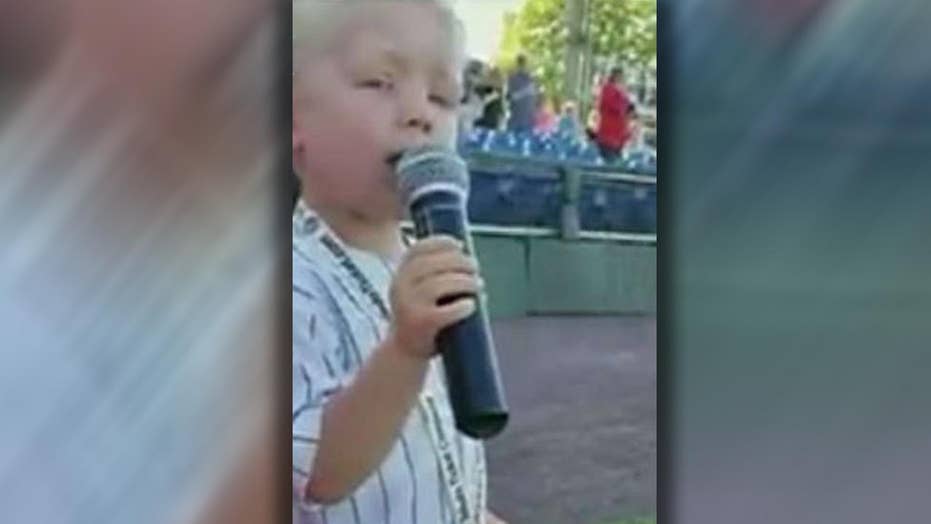 Three-year-old boy impresses crowd with his performance of the national anthem.

A three-year-old boy in Auburn, New York impressed the crowd at a minor league baseball game after he sang the national anthem.

The video, which has been shared broadly across social media platforms and has racked up thousands of views, was recorded Wednesday at the Auburn Doubledays home game against the Lowell Spinners.

The boy, Drake Grillo, was asked by the Auburn Doubledays to sing the anthem, according to KOMO News.

“I was really nervous. I didn't know how to be calm for him and help him with the words to keep him going, but he really just did it all himself," Chelsea Grillo, Drake’s mom, told CNYCentral.

“I was proud of him,” she said, adding that Drake has been singing the Star-Spangled Banner since last winter.

Drake is slated to sing the national anthem again later this month at a Auburn Doubledays game that will also act as a fundraiser for those with hip dysplasia. The “Sips and Flips for Hips” event will take place on July 29.