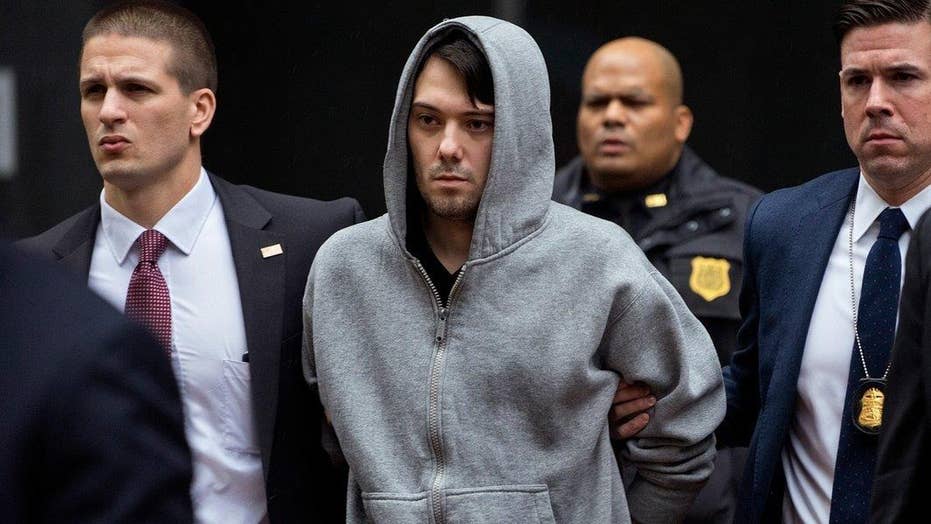 'Pharma bro' Martin Shkreli's attorney tells him to zip it

A new lawyer in a federal securities fraud case against Shkreli told reporters outside court on Wednesday that his client would stop speaking out in his own defense until the charges are resolved.

"We want to try this case in the courtroom and not in the media," defense attorney Benjamin Brafman said with a silent Shkreli at his side following a pretrial hearing in Brooklyn.

Shkeli, 32, gained notoriety last year after a drug company he founded, Turing Pharmaceuticals, spent $55 million for the U.S. rights to sell a life-saving medicine called Daraprim and promptly raised the price from $13.50 to $750 per pill.

The spotlight intensified last year when he was arrested on charges related to a hedge fund he once ran. Prosecutors allege that after he lost investors' money through bad trades, he looted Retrophin, another pharmaceutical company where he was CEO, for $11 million to pay back his disgruntled clients.

Since the arrest, Shkeli has frequently turned to social media and news outlets to lash out at his accusers. In a TV interview this week about his expected appearance before a congressional committee investigating the price of drugs, he said he'd like to "berate" and "insult" Congress -- but instead will take the Fifth Amendment.

On Wednesday, a prosecutor told the judge that the value of a brokerage account used to secure Shkeli's release on $5 million bond -- mostly invested in a biotech business once operated by Shkeli -- had declined, and that more collateral may be needed if it goes down any further. Brafman said it wasn't surprising the account took a hit.

"There's nothing like an indictment to affect shares of stock," he said.

Shkeli's other assets most notably include the only copy of a Wu-Tang Clan album titled "Once Upon a Time in Shaolin," which the hip-hop group sold on the condition that it not be released publicly. He said he paid $2 million for it.