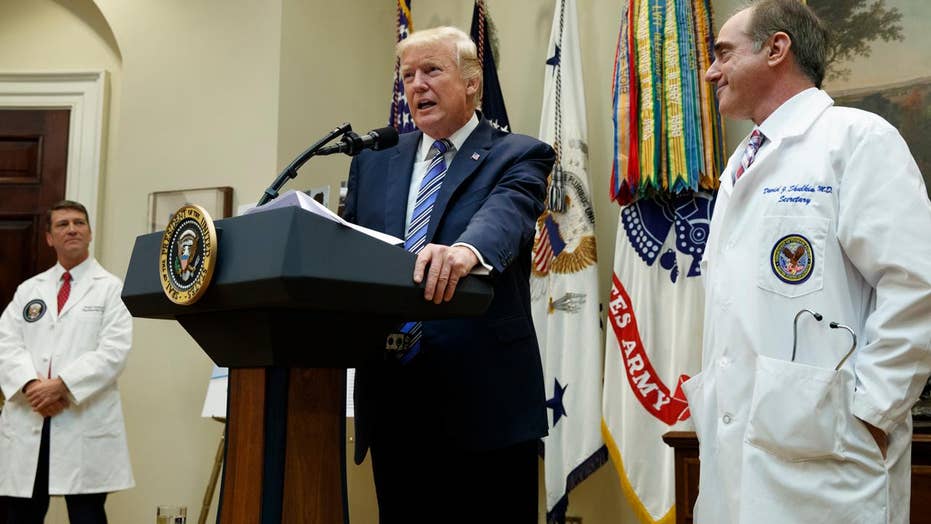 Hundreds of U.S. military veterans who were exposed to mustard gas at a Missouri base during World War II received some good news Wednesday when President Trump signed a bill making it easier for them to finally collect benefits after decades of medical difficulties.

“We are deeply appreciative of the 400 or so veterans that we believe have been waiting for too long to be recognized for what they deserve,” David Shulkin, head of the U.S. Department of Veterans Affairs, told the St. Louis Post Dispatch.

The new law “allows the VA to move forward and do the right thing,” Shulkin told the newspaper.

The exposure reportedly happened at Camp Crowder in southwest Missouri more than 60 years ago.

The new law provides about $1 million over 10 years to help surviving World War II veterans who have had their mustard gas claims denied over the years, the newspaper reported. The government has estimated some 60,000 service members were exposed to chemical experiments during World War II.

One veteran who has been waiting for help is Arla Wayne Harrell, of Macon, Mo.

These days, Harrell lives in a nursing home. He can no longer speak, but can communicate with nods and expressions, one of his daughters told the newspaper.

Beverly Howe said she and her sisters were not permitted to wear perfume when they lived at home because of her father’s lung problems.

Harrell had kept secret his exposure to mustard gas for almost a half-century, his family told the paper, because he had been threatened with prison if he talked about the experiments.

The legislation that finally ended the long bureaucratic ordeal for the veterans was co-sponsored by Sen. Claire McCaskill, D-Mo., and Sen. Roy Blunt, R-Mo.