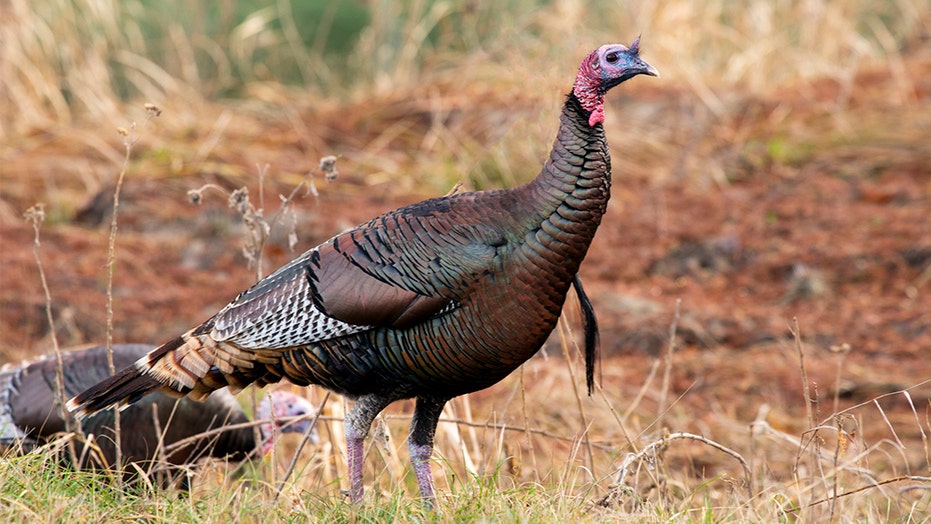 A large flock of aggressive wild turkeys appears to be exacting some Thanksgiving revenge, having swooped down out of nowhere on a once-tranquil New Jersey 55-and-over community that is now being terrorized by the unwelcome invaders.

No one appears to be happy that the mean birds — as many as 60 of them — have muscled in on Holiday City in Toms River and become a gobbling nuisance, according to reports.

“The turkeys are taking over,” one resident told News 12 New Jersey. “It’s like an infestation."

“When I can’t get out of my house to get in the car because they won’t go away and you can’t get them to go away and they go to bite you, yes, it’s a problem,” she told the station.

"Our brand-new vehicles? They're pecking at our vehicles,” she told the station. “All I'm looking for is that they be moved. Put them in a big property, hundreds of acres of property."

Despite fielding a number of complaints, the local animal control office can't do anything about the turkeys due to state regulations.

“It's nuisance wildlife we are not licensed to trap, relocate, or as they use the word, harass the turkeys or any wildlife, for that matter, that's a nuisance," Toms River Animal Control’s Richard Barbosa told WABC.

News 12 reported being told that state wildlife officials were aware of the situation but that was all they said.

The wild turkeys weigh between 16 and 24 pounds and can run up to 20 miles per hour.