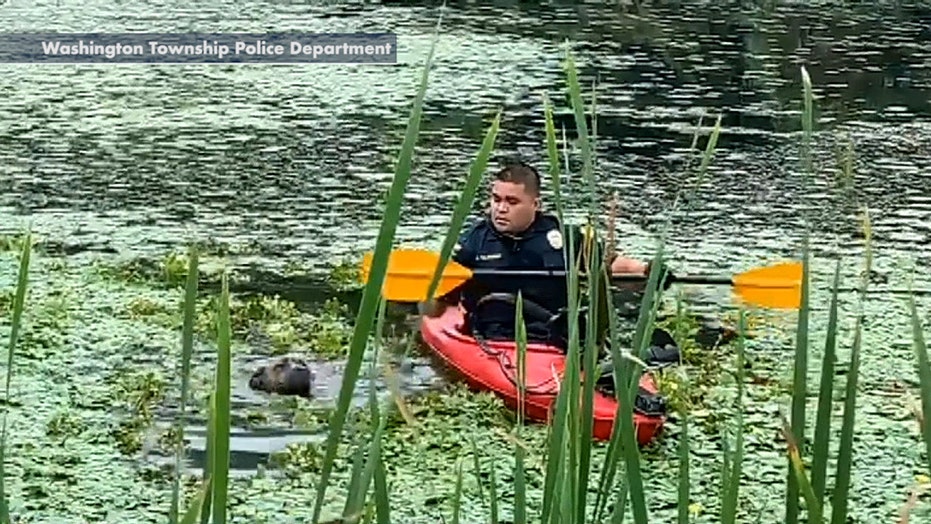 A New Jersey police officer paddled a kayak to the middle of a pond to rescue a dog stuck neck-deep in the muck.

Washington Township officers responded to a dog in distress and found Akela, a gray boxer/mastiff, struggling in the water, the department said Wednesday on Facebook.

Officer John Kuligowski commandeered a nearby kayak and paddled out to Akela. Video footage shows Kuligowski trying to position the kayak next to Akela and pull her to safety. He is unable to pull her aboard, but eventually guides her to shore.

Akela was unharmed and even posed for some photos with her three rescuers once on shore.

“Akela was in high spirits after her ordeal and even posed for a few quick pictures before being turned over to Animal Control Solutions,” the department said.

Before ending up in the pond, Akela had gotten loose. Police still have not located Akela’s owners.

Police have asked anyone who knows Akela’s owners to have them contact either Animal Control Solutions at (908) 722-1271 or the Washington Township Police.