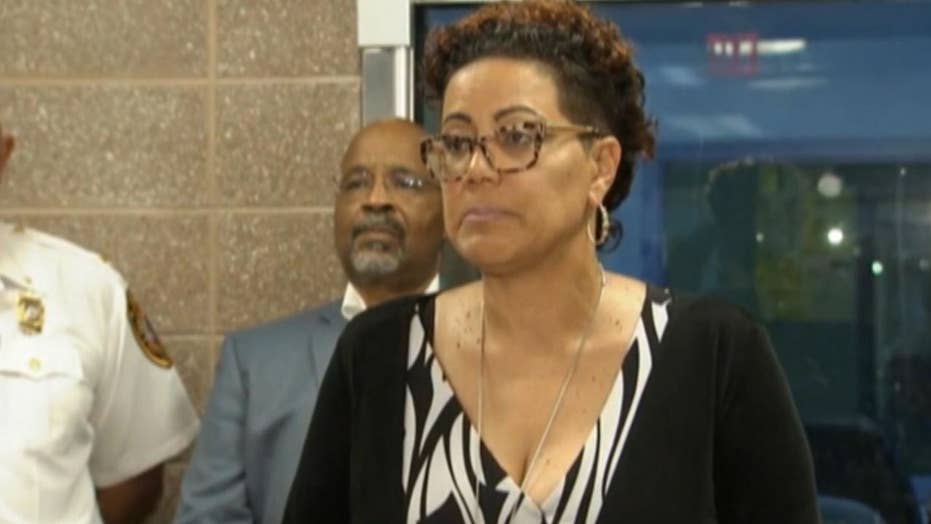 Officials plead with public for info in 9-year-old's death

Raw video: New Jersey officials ask public for help in finding those responsible for killing 9-year-old girl who was hit by stray bullet in Bridgeton.

A 9-year-old girl was killed Tuesday when a stray bullet struck her while she was sleeping in her bed, police said.

Jennifer Trejo was pronounced dead after being rushed to the Inspira Health Center Bridgeton, NJ.com reported.

The shot that killed Trejo was one of several fired about a block away from the girl’s home in Bridgeton at about 12:20 a.m. A few shots hit cars, one went through the wall of a home and another entered Trejo’s bedroom, where it struck her, FOX 29 reported.

Bridgeton Police Chief Mike Gaimari has asked for the public’s help in finding those responsible for her death.

"We need the public's help in general, but when an incident such as this happens to such a young and innocent victim we could really use the assistance in bringing those responsible to justice immediately," Gaimari said.

Investigators have interviewed dozens of people and have asked anyone with information related to the shooting to come forward, he said.

"We hope this hits the heartstrings in the community that enough is enough," he said.

A number of residents from the community gathered outside Trejo’s home to pay their respects to the young girl.

"It's the same stuff over and over, and it's sad," Jalana Walker, a neighbor who was shot last summer, told the Daily Journal. "It really does have to stop, because it hurts."

A $10,000 reward was offered for any information leading to the conviction of the person[s] responsible.

"It could have been anybody's kid who was in their bedroom or anyone in their house," Gaimairi said