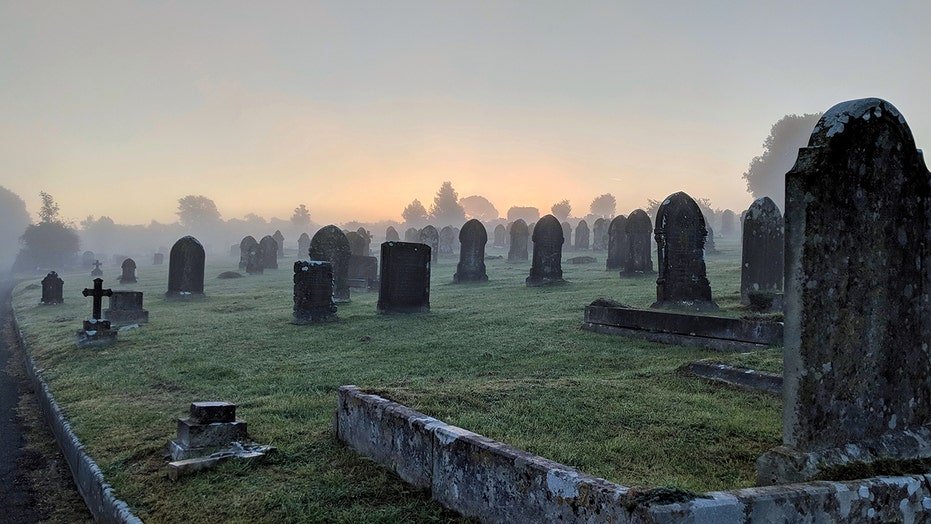 A worker at a New Jersey cemetery was trapped for nearly a half-hour Tuesday afternoon after a grave collapsed on him while he was measuring it, police say.

The unidentified 59-year-old gravedigger was working ar Hillside Cemetery in Lyndhurst when the sides of the 8-foot-deep grave caved in, pinning him up to his knees in dirt.

"They did not utilize any shoring when they were digging the grave," Sgt. Vincent Auteri said, according to NorthJersey.com. "He decided to jump in nevertheless."

His pleas for help were heard by co-workers who called a rescue crew to free him from a situation that has prompted nightmares for many throughout the U.S. "Taphophobia" is described as an irrational fear of being buried alive.

After being pulled to safety, the cemetery worker was taken to Hackensack University Medical Center. He complained of back and chest pain, according to the news outlet.

A cemetery worker was trapped for nearly a half-hour on Tuesday afternoon after a grave collapsed on him in New Jersey, police say.<br data-cke-eol="1"> (istock)

The unidentified worker had been preparing the grave for a funeral to be held Wednesday.

Hillside Cemetery is also the resting place for Joey Ramone, the lead singer of The Ramones, credited for pioneering the punk rock scene in the U.S in the 1970s. The iconic musician was buried at the cemetery following his death in 2001.