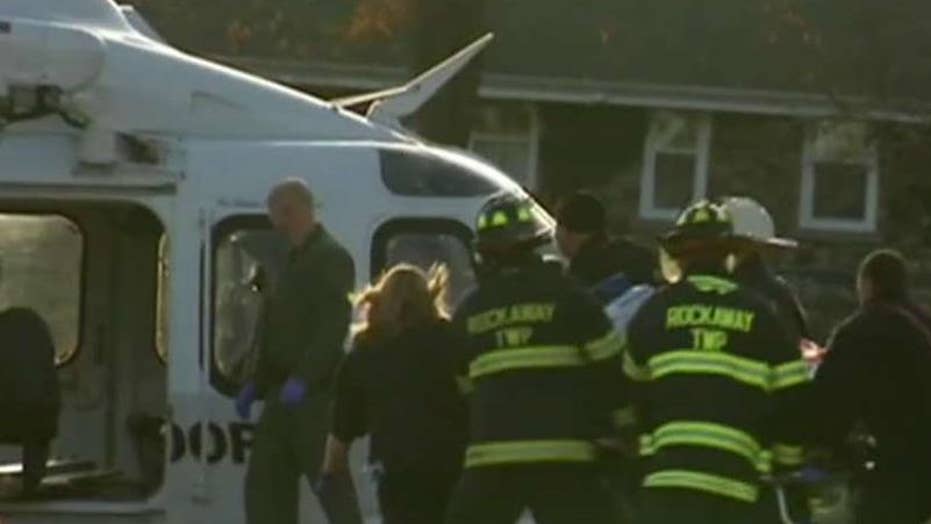 A New Jersey Boy Scout leader fought off an attacking black bear with a hammer while hiking at a local reservoir Sunday afternoon, authorities said.

NJ.com reported that Christopher Petronino, 50, was showing a cave to three young Scouts when the bear grabbed him and pulled him inside. Department of Environmental Protection spokesman Bob Considine said Petronino suffered bites on his leg and both shoulders.

Considine said that after hitting the bear twice in the head with the rock hammer, Petronino “pulled his sweatshirt over his head and curled into the fetal position. He yelled to the scouts, who were outside the cave, to leave and go get help."

The spokesman said the young scouts called authorities, who tracked the group’s coordinates on a cell phone and dispatched a helicopter in the hope of finding them. Meanwhile, Petronino instructed the scouts to place any food they had at the entrance to the cave in an attempt to draw the bear out.

Ultimately, a dog traveling with the group barked at the bear, drawing it out of the cave and up a nearby hillside. Considine said that Petrnino spent approximately 80 minutes inside the cave.

Petronino was airlifted to a local hospital for treatment. He told authorities that he had visited the cave at the Split Rock Reservoir regularly since the 1980s and had never seen a bear before. The scout leader said he did not see any ear tags or collars on the animal.

Police told NJ.com that Department of Environmental Protection employees have set traps in the area in hope of capturing the bear, but so far it has not been found.